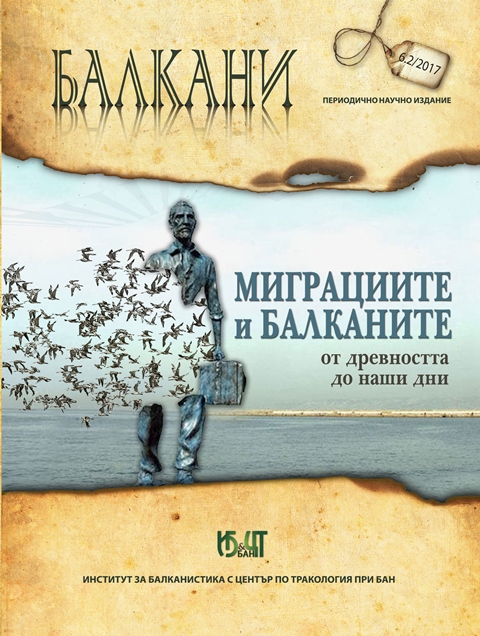 Summary/Abstract: The article, based on documents from Bulgarian Exarchate’s archive and other sources, analyses the trends of temporary labour migration of Bulgarians from the region of Kastoria and the adjacent areas of Florina, Bitola, Prespa and Ohrid. While the traditional patterns involved destinations within the Ottoman empire or newly established states Romania, Bulgaria or Greece, at the turn of the century the flow was gradually directed also towards North America. For example, in 1911 38% of migration from Kastoria area was to the New World, 34% – to other regions of the Ottoman empire, including its capital Constantinople, and 22% – to the Kingdom of Bulgaria. The local village or micro-regional factors greatly influenced the migrants’ choice. However, the labour migration to both traditional and new destinations until the Balkan wars of 1912–1913 was temporary (up to several years), and involved only working-age men, between 50% and 80% of them in most of South West Macedonia.