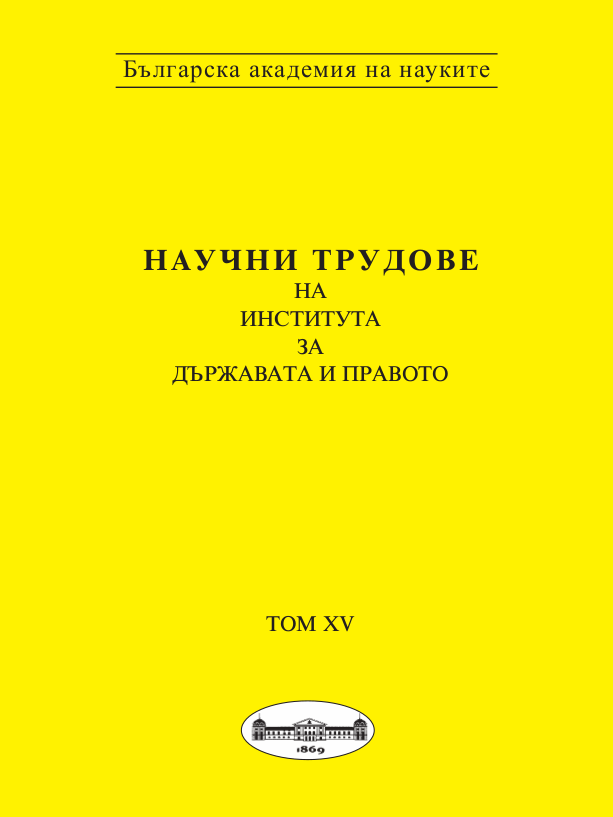 Summary/Abstract: The research paper presents an interesting and curious moment from the new political history of Bulgaria – the recognition of the four ex-Yugoslav republics – Slovenia, Croatia, the Republic of Macedonia and Bosnia and Herzegovina. Some of the main reasons, which led to the collapse of the ex Socialist Federative Republic of Yugoslavia are analyzed in the paper. The author attempts to sketch the key reactions and problems stemming from the act of international recognition both in the external aspect and the internal political context of Bulgaria at that time – 1992. The researcher accentuates on the act of international recognition as an independent and well-thought foreign policy decision of Bulgaria that was taken by consensus among the major institutions of state power and governance – government, parliament and president. The act of recognition gave a clear signal to the international community about the character of the foreign policy and the values, which Bulgaria would follow in its new democratic history after the changes in 1989. The research is a part of a more ambitious scientific work dedicated to the issues arising from the collapse of ex-Yugoslavia and its implications on Bulgaria’s foreign policy.