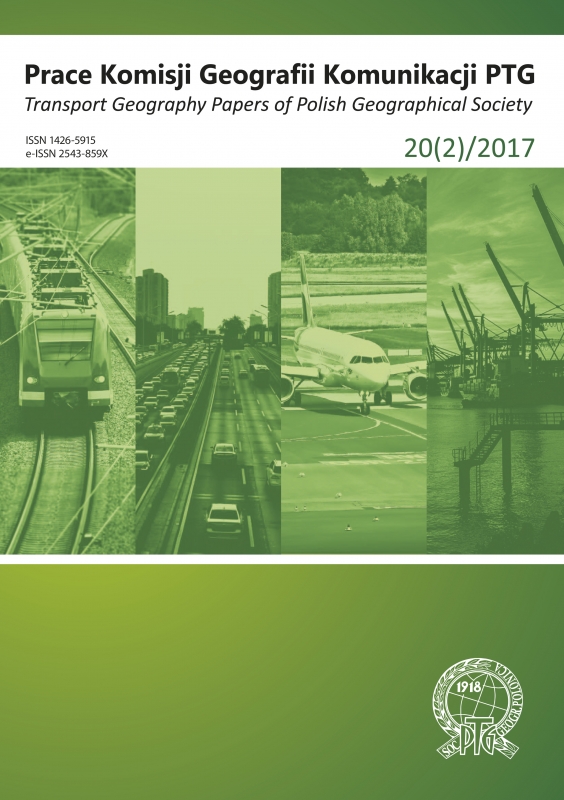 Summary/Abstract: The lengthy timespan of thirty years shall be a playground of many changes and variations in all spheres of social lifeand technical world. Public transportation is an integral part of both mentioned fields and co-operates with their changes. Theurban region of Brno, the second largest city in the Czech Republic, is the region with a strong core (city of Brno) and thus it isa rail hub as well. Since 1980, the whole urban region underwent several changes in an industrial structure (from industrializationand preference of heavy industries to de-industrialization and dominance of services), a social organization (transition fromindustrial to post-industrial patterns of life, from urbanization to suburbanization and subruralization), an arrangement of thesettlement system (from densely-populated estates on the edges of the city to suburbanization) and transportation patterns(moving from public transportation to individual road transportation). The aim of this paper is to provide an overview ofchanges in train public transportation in Brno urban region between 1980 and 2010. As a basis of the analysis, timetables of1980, 1990, 2000 and 2010 were taken. There have been analysed all stations with commuting time of passenger trains duringthe day less or equal 60 minutes. Results of timetable analysis are put into the context of other socio-economic terms. Themain outcomes show little changes in the length of transport time, in the distribution of trains during the day, in differencesbetween weekday (in this paper Wednesday) and weekend, in the usage of express trains and in train lines. The paper alsocompares conditions before and after establishing the Integrated Transport System in South Moravia Region in 2004.