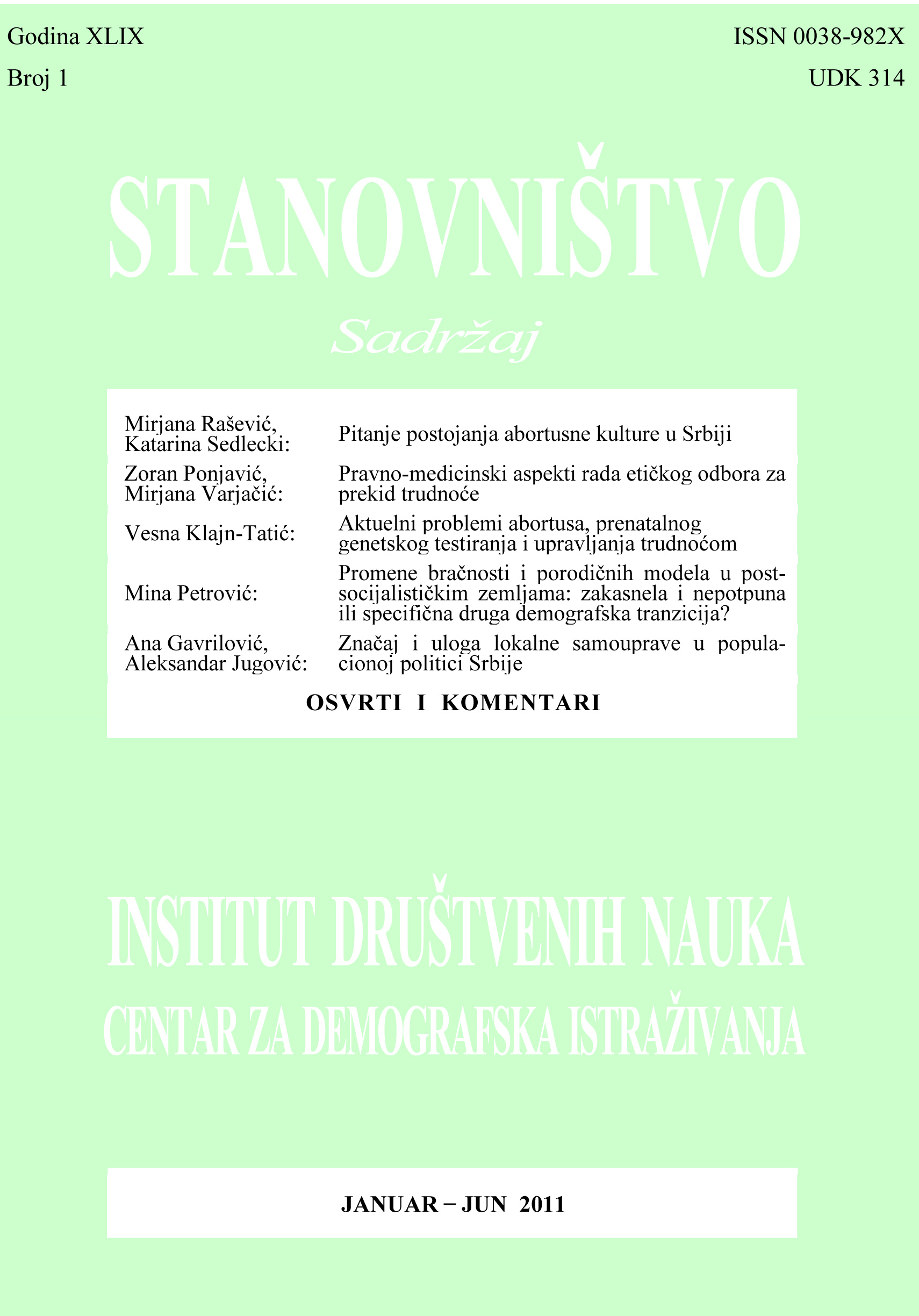 Summary/Abstract: Current ethical and legal issues with regard to abortion, prenatal genetic testing and managing pregnancy are discussed in this paper. These problems are considered from the legal theory point of view as well as from the standpoint of the Serbian Law, the European Convention for the Protection of Human Rights and Fundamental Freedoms, European Court of Human Rights, legal regulations of several EU countries, the USA, Japan, and their judicial practice. First, the pregnancy termination standards that exist in Serbia are introduced. Then the following issues are explained separately: the pro life and pro choice approaches to abortion; abortion according to the legal approach as a way of survival; the moral and legal status of the fetus; prenatal genetic testing, and finally matters regarding managing pregnancy today.Moral and legal principals of autonomy, namely freedom of choice of the individual, privacy and self-determination give women the right to terminate unwanted pregnancies. In addition, the basic question is whether the right of the woman to abortion clashes with the rights of others. Firstly, with the right of the "fetus to life". Secondly, with the right of the state to intervene in the interest of protecting "the life of the fetus". Third, with the rights of the woman’s partner. The fetus has the moral right to life, but less in relation to the same right of the woman as well as in relation to her right to control her life and her physical and moral integrity. On the other hand, the value of the life of the fetus increases morally and legally with the maturity of gestation; from the third trimester, the interest of the state prevails in the protection of the "life of the fetus" except when the life or health of the pregnant woman are at risk. As regards the rights of the woman’s partner, namely the husband’s opinion, there is no legal significance. The law does not request his participation in the decision on abortion because the decision is exclusively brought by the pregnant woman.Critics of prenatal genetic testing claim that the woman’s autonomous choice is seriously prejudiced, as the women are pressured first with genetic testing and then with abortion, if the test is positive. However, there are views that many parents are left to bring their decisions in a vacuum because the physicians do not discuss all possible available options with them out of fear that they will be perceived as orders. Genetic counseling has an aim to facilitate informed reproductive decisions. Rigid application of policies on non-directive genetic counseling make pregnant women and families unaware of the nature and consequences of the genetic state which could affect the future child. If the real goal is an informed choice then it is the obligation of the physician-specialist to inform the parents with the facts and familiarize them with the true state. Managing pregnancies today medicalizes and pathologizes all pregnancies, and not only the risky ones. Since these techniques are becoming a routine part of medicalized pregnancy managing, pregnant women find it difficult to resist undertaking such technologies or to refuse them. Thus the question on how much these technologies offer sensible choices is imposed. Generally speaking, it is stated that women are becoming observers rather than active participants in giving birth to a new life. Attempts of legal control over a pregnant woman for the protection of "the life of the fetus" violate the woman’s human rights in democratic societies.