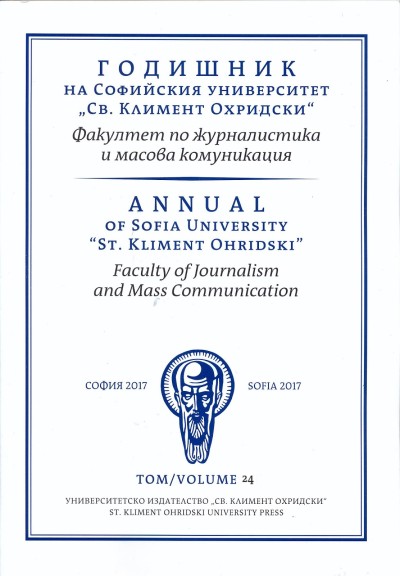 Some Features of the Image of Socialism in Modern Media

Summary/Abstract: There are different interpretations in the evaluation of the socialist period in Bulgarian history. Opinions differ not only in scientific researches but also in public opinion expressed in the media. The first years of communist rule characterize with terror and violence while in the 60-ies, 70-ies and 80-ies the principles of the regime remain the same but there are some compensations for the people. The newspapers nowadays pay attention both to the early and to the late years of communist regime. The article examines two of the most circulated newspapers in Bulgaria – Trud and Monitor for the period June – December 2015. There are opinions and thoughts of scholars, artists, scientists, painters, musicians, concerning the socialist regime. They examine different topics such as culture, industry, house building, education, public health. Very often the approach towards the past is from an event that happens nowadays. Their opinions differ but in most cases negative approach prevails. As a result a tendency is seen – the communist period can be still discussed in the media mainly as an argumentation base.