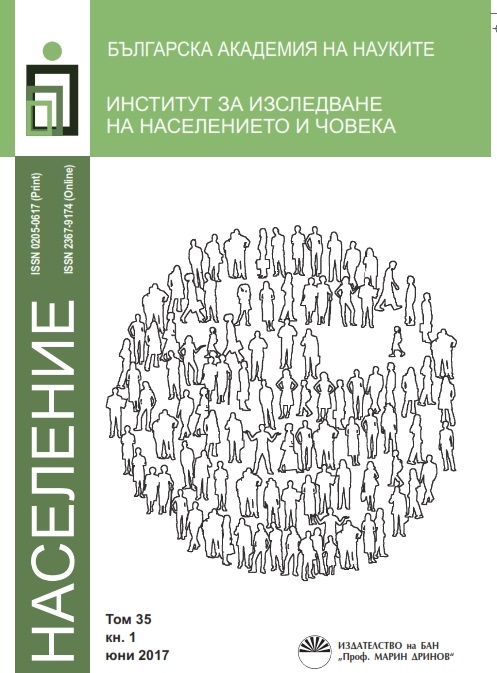 Summary/Abstract: For more than seven decades the scope and pace of depopulation of rural areas in Bulgaria have been describing as one of the most significant social evils and obstacles before the development of the country. The pace of depopulation of villages in Bulgaria in the second half of 20-th century is among the highest in the world. Although serious damages that rural depopulation has been causing to the country and to the chances of its rural areas for positive demographic, social and economic development, there are not many studies dedicated to the problems and consequences from rural flight leading to the desertification of vast no urbanized areas. In the paper below we are representing a new approach towards studying of the pace of rural depopulation. The focus is put on comparing rates of depopulation and its spatial expansion by tracking the dynamics in the number of so called “authentic” rural population. The shortest explanation of this term is that it is the population that has always been rural for the entire period of study.