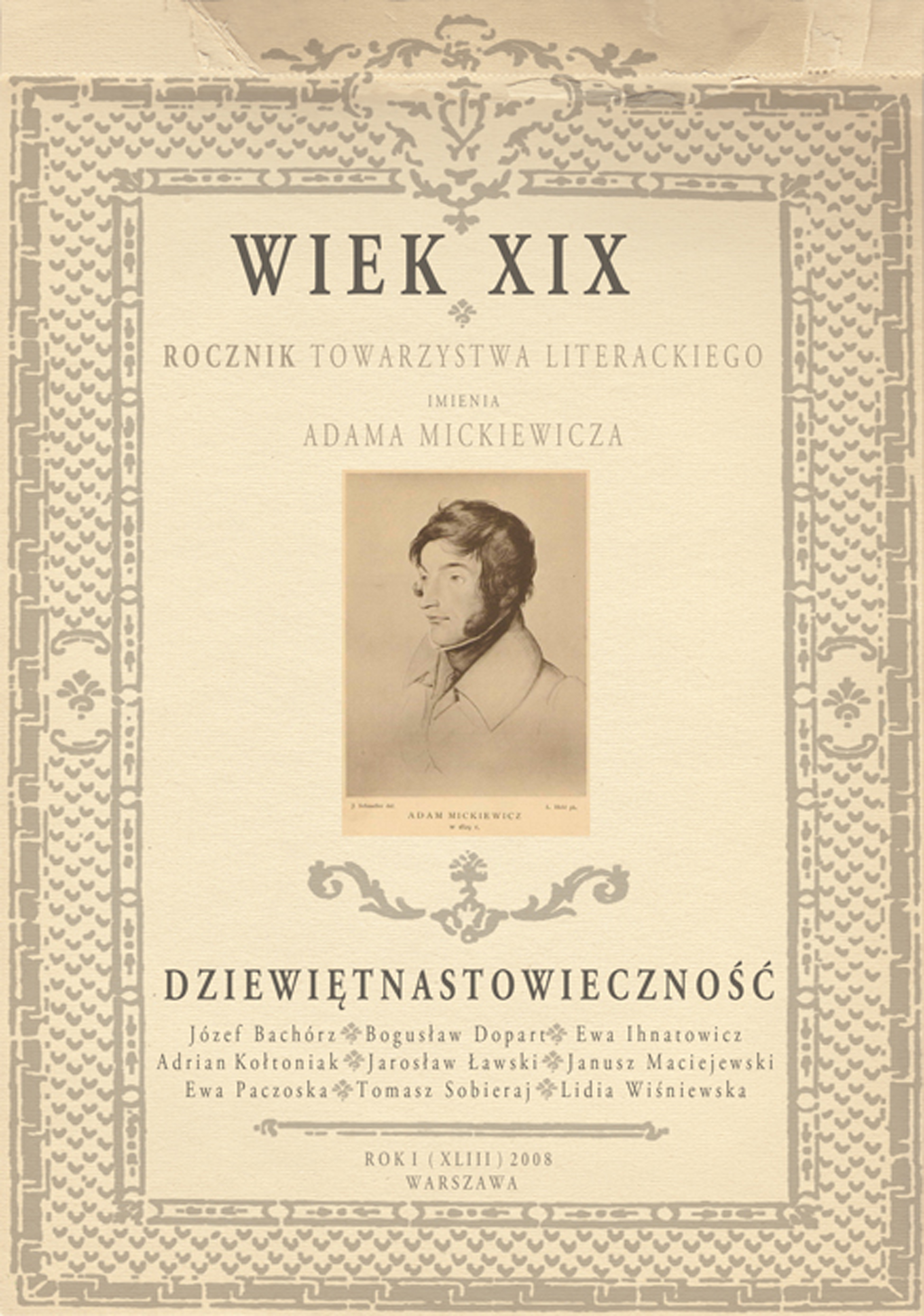 Summary/Abstract: The periodical ‘Wiek’, issued in Warsaw since 1873, proved to be one of the most widely read and popular magazines. Its title [‘wiek’ meaning ‘age’ or ‘century’ in Polish] evoked associations with its Editorial Board and its readers being present in the centre of phenomena and processes characteristic to their contemporary time; with topicality and continuity at a time. The article draws a profile of the nineteenth century as emergent from the periodical’s columns.