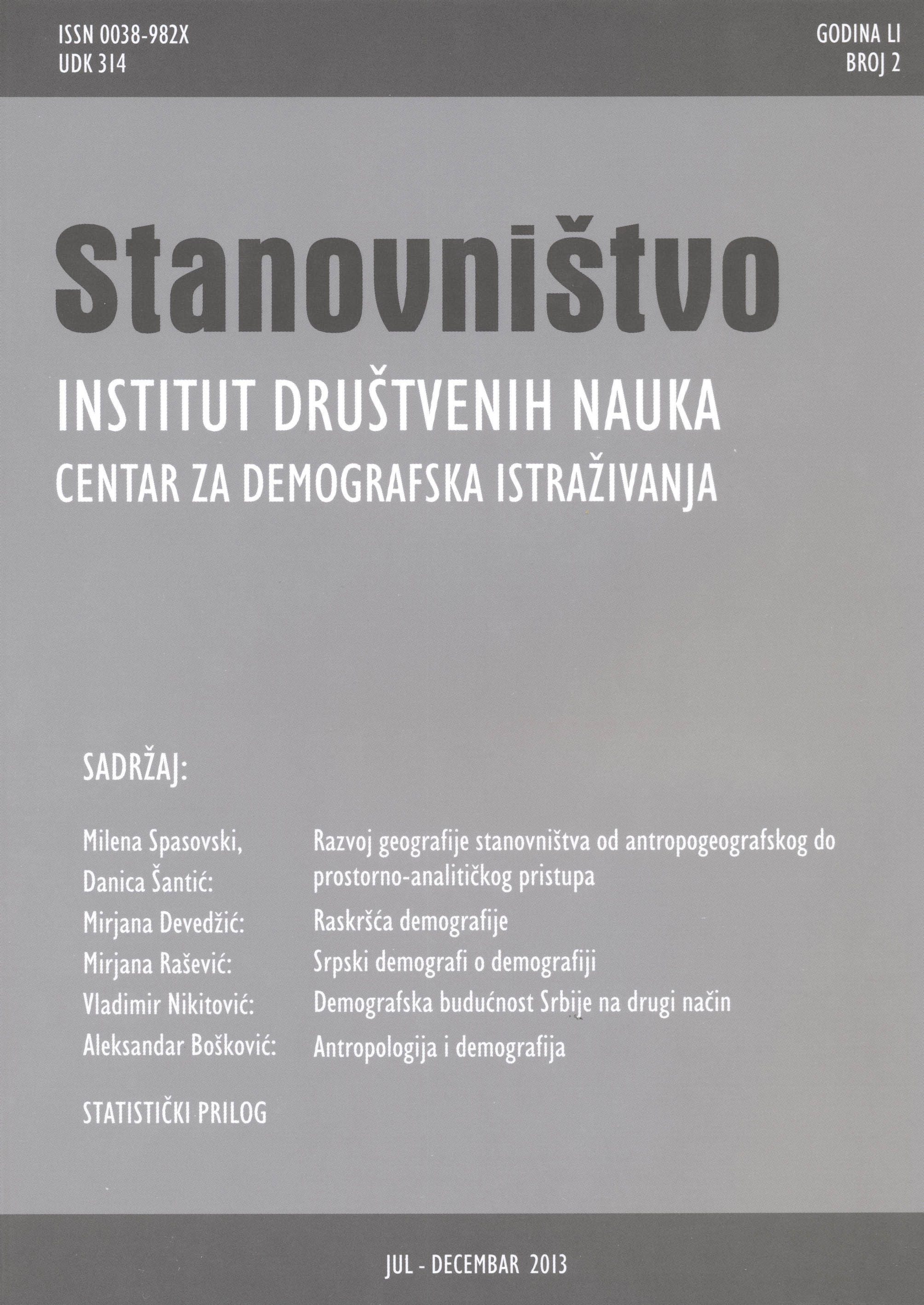 Summary/Abstract: Based on the assessment of the empirical errors in the official population forecasts of Serbia, the paper shows why forecast users might want a change of the current official concept. The article consists of three parts. The first gives a brief chronological overview of the methods and hypotheses in the official population forecasts of Serbia during the last 60 years. The second refers to the quantification of the past forecast errors in projecting total fertility rate, life expectancy at birth and total population aiming at assessment of the empirical variability. The third part shows the probabilistic population forecast of Serbia based on Bayesian hierarchical models of vital components, as implemented in the 2012 revision of United Nations World population prospects. The empirical error served as an evaluation tool of the probabilistic distributions of total population. In spite of the increased availability and quality of input data and developing of advanced projection techniques during the period, there was no obvious improvement noted neither in accuracy nor in the expression of the uncertainty inherent to forecasting in the official population forecasts in Serbia up to date. In general, fertility has been overestimated while improvements in mortality have been underestimated. It has been shown that accuracy largely depends on the stability of demographic processes throughout the projection horizon, which confirms findings from similar studies in other countries. The uncertainty in the demographic trends remains a major challenge for forecasters. A typical judgment that the smallest error will be made if a recently observed trend is assumed to continue has been linked to the low fertility variant in the past Serbian forecasts. The target level of the medium fertility, interpreted as "most likely" outcome, was firmly bound to replacement fertility until recently thus reflecting desirable rather than realistic future. Therefore, the reversal in the trend of the total population of Serbia came as a surprise or much earlier than expected for the forecasters. The probabilistic population forecast of Serbia provides results that users can clearly understand and use along with attached information on error magnitude. Before running the projection model, it was necessary to adjust the 2012 UN estimates for Serbia to suit the current official estimates and recent relevant studies on demographic trends in the country. The comparison of probabilistic hypotheses and results with the current official projection aims to highlight the key benefits of the new approach in terms of reduced subjectivity, improved accuracy and quantified uncertainty. The latter could be particularly relevant for decision makers allowing them to calculate the expected costs involved in wrong decisions. From the perspective of the forecast based on "UN model", the strong optimism of the current official projection appears to be groundless. Besides, the empiric evaluation of the probabilistic distributions of total population suggests that it fully reflects the pattern of observed uncertainty in the past forecasts of Serbian population.