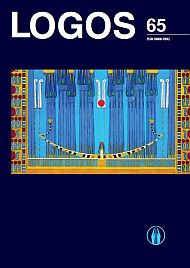 Summary/Abstract: The peculiarities of the expressionistic aspects and of the artist‘s self-expression was in the center of classical as well as of XXth century Chinese theories of literature. The article deals with the notion of literature, its origins and artistic self-expression in traditional China, and how it was transformed in XXth century by the reformers of the literature and by the theory of the May 4th movement for China‘s modernization. The investigation is concentrated on the concept of emotion (qing), its treatment in early China in classical theories and aesthetics until the XXth century. The analysis aims to prove the thesis about the inseparability of the artist from the world and art work (literature) in the creative process, which has remained in the XXth century. This inseparability has influenced the importation of Western theories of realism, romanticism and aetheticism as well as the notions of individualism and subjectivity in Chinese theories of literature.