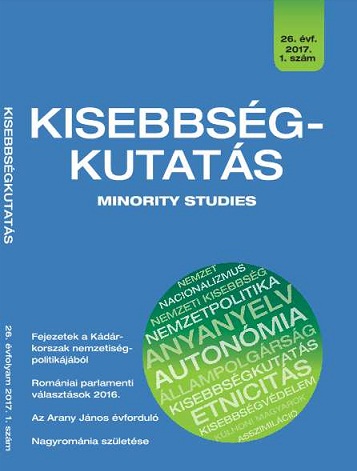 „A párthatározat szellemében…”
„In the spirit of the party decree…”

Summary/Abstract: The situation of the Gypsy population in County BAZ had already been handeld before the publishing of the party decree in 1961. The party decree in 1961 officially specified the tasks and proclaimed the ideological standpoint in connection with the Gypsies. The state party and the investigated county shortly faced with great difficulties, especially on the field of the so-called „elimination of the Gypsy camps without adequate social conditions”. In the 1960s and 1970s, the officials strictly insisted on the party decree of 1961, on county and national level as well. The new party decree in 1979 did not denied the previous one, the changes only answered the newly emerged difficulties. To the end of the 1970s – parallel to the national tendencies – a moderate improvement occured in the situation of the Gypsies in the investigated county. On the other hand, the positive developments affected just a small part of the Gypsy population.