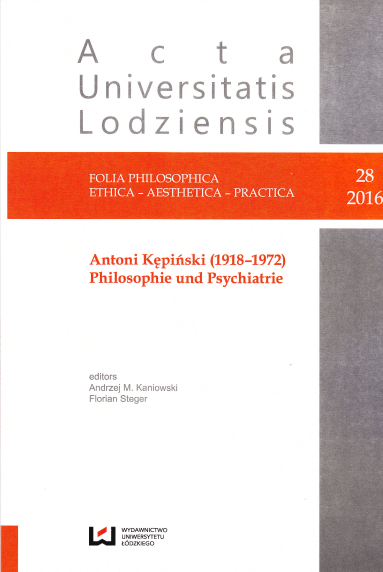 Summary/Abstract: The concept of “information metabolism” by Antoni Kępiński and “autopoiesis” by Niklas Luhmann refer back to the structure of biological cells. Both authors assign these biological structures to their respective fields of application. While Kępiński seeks to determine the functioning of the psyche, Luhmann integrates the biological approach into his theory of living and psychic systems. While reading Kępiński’s and Luhmann’s work, it becomes clear that both authors point to the close relationship between the psychological system and the psychic system with their respective environment. In Luhmann’s work, the relationship between the system and the environment is extensively described and elaborated. Against this background, his remarks are used in this paper to reflect on Kępiński’s idea of “information metabolism”, understood as the relationship between the psyche and the environment.