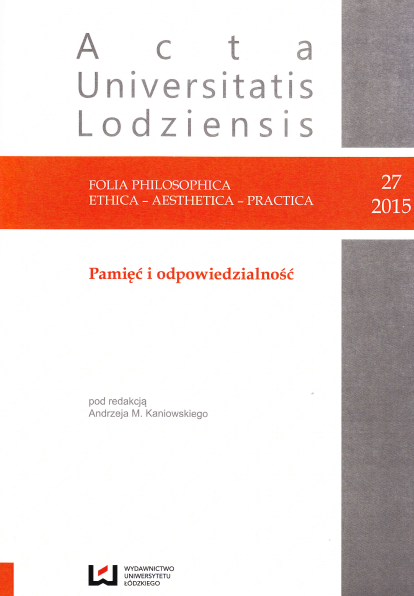 Summary/Abstract: The text is a reflection on the lustration law of 2007, which imposed an obligation of submitting lustration statements on people whose professions involved significant public responsibility. Academic professors, along with journalists, or lawyers were subject to this obligation. The article, which was in the most part written in the course of these events in 2007, is a document of moral dilemmas brought by the lustration law. By posing the general question “What should I do” in the face of such state-imposed obligation, it considers a series of opposite arguments concerning the validity of this law and the reasons to submit to it, or to reject it in an act of civil disobedience.