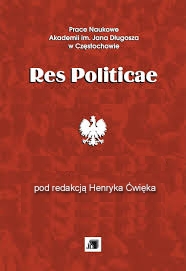 Summary/Abstract: The swastika is one of the most long-lived and, at the same time, obscure symbols. Its origin, as well as the interpretation of its meaning, interest many theorists, just like the phenomenon of the contemporary reception where the swastika lost the original positive meaning and has become a symbol of perhaps the most tragic period of modern history associated with the existence of Nazism. This article presents two perspectives of interpretation of swastika – firstly, it included universal and widespread throughout the world historical (and evenprehistoric) meaning and attempts to identify its source; secondly, it was presented a modern interpretation of swastika as an emblem of the Nazi ideology, as a symbol which “produces cultural context”, and also as a symbol whose over ten years’ relationship with the Nazis led to a loss in the European mentality of positive reactions associated with the ancient, benevolent motive of the swastika. Attention was also returned to the ambivalent reception of the swastika in the modern world – the history of the Western world dictates the emotional, negative attitude to the swastika symbol, while many eastern cultures (for example, the Middle and Far East) still uses this symbol in its original cultural background for the sense. Completion for this considerations is a reminder of key issues related to the concept of “symbol” and the recall of various terms (for example, gammadion), which are used to describe the swastika, or different symbols (for example, a cross or a spiral), with which the swastika is sometimes combined.