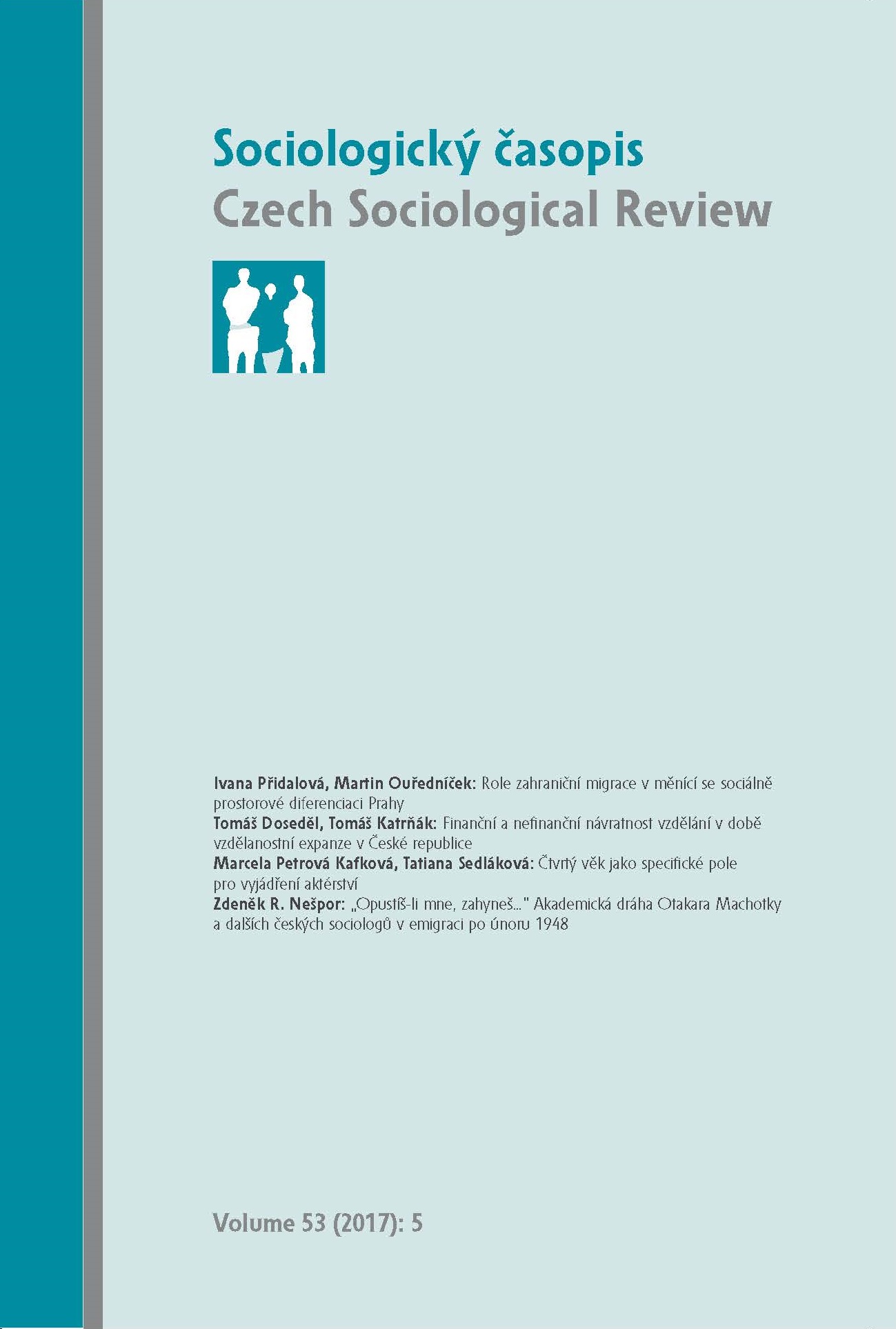 Summary/Abstract: The article explores returns to education during a period of educational expansion in the Czech Republic. The authors analyse the consequences of the educational expansion that occurred between 2000 and 2014 and its effect on economic and non-economic returns to education. The number of people with a university degree almost doubled between 2000 and 2014 in the Czech Republic. It is analysed whether this caused an inflation of education at the Czech labour market, or whether highly educated people are still employable in prestigious and well-paid jobs due to technological changes. The data used in the analysis are drawn from the Czech Labour Force Survey and the Survey of Average Earnings in the Czech Republic. Both sources support the theory of technological change over the theory of inflation of education. In the Czech Republic, returns to education did not decrease but slightly increased during the period analysed. The Czech labour market is undergoing technological changes. It is therefore not yet sufficiently saturated with university-educated employees and it was capable of offering them jobs with appropriate socioeconomic status, adequate job security, and a substantially higher salary both during and after the period of educational expansion.