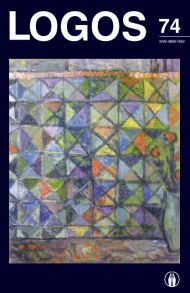 Summary/Abstract: Sign—the basic idea of semiotics—has been explored by great many philosophers since antiquity; nevertheless, as of now we do not have its ultimate and systematic theory. Peirce proposed an original and philosophically (ontologically) grounded conception of the sign. Could there be a different ontologically based conception of the sign? Could there be developed a different and ontologically based semiotics? The purpose of this paper is to demonstrate that the fundamentals of semiotics can be developed starting from the ideas of Aristotle. The idea of sign might be grounded on Aristotle’s account of Being and cognition considered in terms of form and matter. Various signs can be treated in terms of form and matter. Pictures, letters are signs of form. A wedding-ring is a material sign-symbol. Many signs can be treated in terms of similarity to the objects they signify: photographs, pictures, sculptures, diagrams, graphical charts, land maps, etc. It is quite natural to treat signs in terms of form and matter. The paper shows how the sign can be defined in terms of form and matter. A concrete model of sign as similarity of form (homomorphism) to the signified object is described. The structurally treated Cartesian system of coordinates is involved for articulation of the modes of Being. Intentionality as directedness of consciousness of the sign perceiver toward the signified object is used in the account of sign.