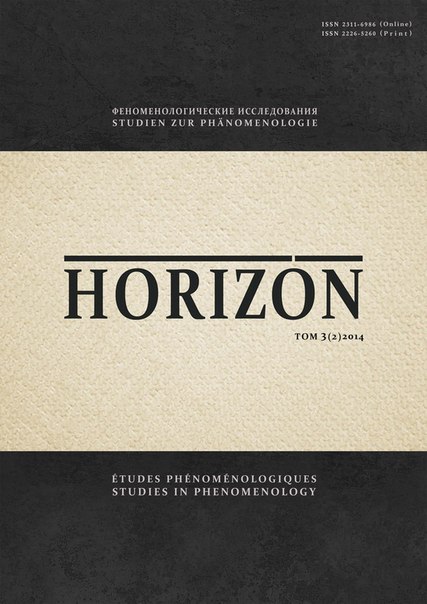 Summary/Abstract: The paper is the first translation of one of the major articles by Oskar Becker into Russian. The article contains the basic points of his philosophy in the tabloid form. The brief scientific commentary accompanies the publication of this translation. Becker believes that one cannot to limit metaphysics only by ontology. It also has to include paraontology. He treats paraontology as the doctrine of essence and the eternal stay of the things. In accordance with the philosopher, the principle of paraontology is so called paraontological indifference (opposed to the Heidegger’s ontological difference), i.e. the equality of essence and existence.Basing on this principle, Becker states that a human being exists not only as an existence but also as a paraexistence. Both unconscious (prehistoric) and superconsciuos (superhistoric) belong to the paraexistential dimension of a human being in Becker’s opinion. In this context, he provides a detailed analysis of the difference between the historic and extrahistoric types of the being in terms of phenomenology. It is possible to characterize the extrahistoric dimension by the terms beginning,repetition, rhythm, order and seamlessness and so on. Becker declares his understanding of the concrete relationship between view of paraexistence and M. Heidegger’s existential analytics. He believes that it is impossible to describe the paraexistential dimension of a human being as reductive privation of ontology of Dasein, as Heidegger did. Becker also attacks Heidegger’s view that the nature is only extreme case of the being of the entities in the world in its Heideggerian sense. Nature is cosmos but not a result of «de-worlding» of the world. Thus, Becker retrieves the notions of birth and polis opposing them to Heidegger’s notion of death. He also introduces the term paratranscendence (the «other-nothingness») which he treats as the whole universe.Becker tries to rehabilitate the paraontological significance of the eidetic dimension, where essence and existence are the same.The author of the brief scientific commentary to the translation emphasizes the basic theoretical points of Becker’s article as wellas discusses translation variants of Becker’s terms Dasein, Dawesen and Getragenheit given by the article’s translator, comparing them to the former versions of their translations into Russian.