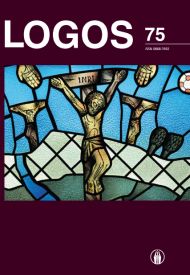 Summary/Abstract: The evangelical activity by the most famous Christian jesuit missionaries in China is an object of longtime scholarly investigation in the Western and Chinese studies. However, in recent times scholars have brought to light facts about less famous missionaries and texts about their activity. This research reveals some unique yet very important details about the activity of Christian missionaries, as well as the dialogue between Christians and Confucians on the level of daily talks and between Western Christians and their Chinese converts. The topic of this article is the activity of the Lithuanian Jesuit Andrius Rudamina (also known as Andrzej Rudomina S.J., and as Lu Ande 盧安德, 1596–1632), the only known Lithuanian missionary in China. It concentrates on his methods of evangelization, as revealing the politics of the „adaptation to Chinese culture“, namely, the popularization of the achievements of Western science, the use of visual material (pictorial representations of the Christian doctrine in symbolical images) and the appeal to particular concepts shared by Christian and Confucian adepts, such as heart in Christianity and the heart-mind (xin) in Confucianism. The investigation is based on a unique book written by the Chinese convert, Li Jiubiao. It is entitled, „The Diary of Oral Admonitions“ (Kouduo richao 口鐸日抄). The diary is the only source of A.Rudamina’s talks with Chinese people about Christianity.