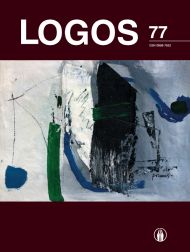 Summary/Abstract: The paper aims to reveal the differences in the treatment of the human body in Christianity and Confucianism, as they became evident in the spread of Christianity in 16th-17th century China. It will stress the influence of Chinese metaphysical and cosmological ideas in the Confucian understanding of human body, which, as will be argued, became the basis of the whole program of self-cultivation, on the one hand, but a seriuos problem for the Christian missionaries in their popularization of their doctrine in China, on the other hand. The investigation is based on the comparative analysis of Confucian texts and the „Diary of Oral Admonitions“ (Kouduo richao 口鐸日抄), written by Li Jiubao and translated into English by Erik Zurcher. It records the conversations between the famous Jesuit Giulio Aleni, as well as Lithuanian Jesuit Andrius Rudamina, with Chinese converts and those interested in Christian doctrine. The paper will discuss some Chinese concepts related to the understanding of the body (such as vital energy qi, five agents wuxing, spirit shen, heart mind xin, human nature xing) and their relations, in oder to reveal the main points of disagreement as well as possible ways to resolve the differences of its understanding in two religions.