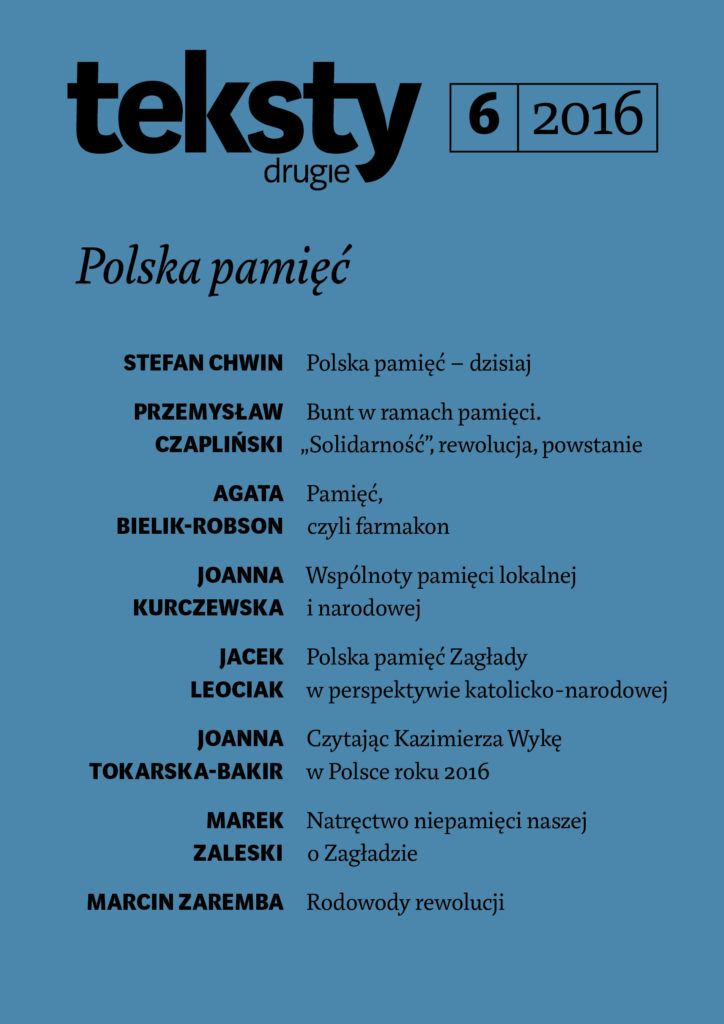 Summary/Abstract: Zaremba demonstrates how insurrections and revolts were commemorated in the 1970s, how those traditions were reproduced, and who remembered them. The article begins with a description of the events of December 1970, which would become important reference points for ideas on oppositional activism. Discussing the Poles’ collective memory of March 1968 and October 1956, Zaremba emphasizes the significance of World War II: a code of resistance and cooperation has emerged as a long-term consequence, resounding most clearly and most frequently in the myth of the Warsaw Uprising. The article concludes with a discussion of what Adam Mickiewicz called książki zbójeckie (robbers’ books) – a term Zaremba applies to writers such as Bohdan Cywiński, Andrzej Kijowski and Marian Brandys. They were robbers’ books because they altered the atmosphere of public life in the 1970s, reclaiming memories of political thought that had no official place in the Polish People’s Republic.