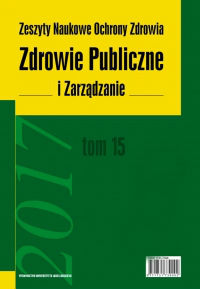 Summary/Abstract: The paper attempts to show the relationship between reproductive plans of Poles in reproductive age and their use of methods of preventing pregnancy. There has been carried out a reinterpretation of the results of a sexuality study from 2011 of a representative sample of 3206 adult Poles. There have also been used some of the results obtained in the previous edition of the survey, realised in 2005. It has been established, among other things, that almost half of the respondents plan to have another child in the future; the reproductive plans of the respondents have been differed by many socio-demographic variables as well as variables describing being in a relationship and sexual activity of the respondents; nearly three quarters of respondents who started a regular sex life used some method of contraception; there has been a favourable change in the use of methods of preventing pregnancy – hormonal medicines and condoms are used more frequently; unreliable methods (natural methods and coitus interruptus) are still relatively frequently used; there has been a radical reduction in concerns about unplanned procreation.