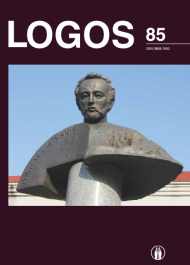 Summary/Abstract: The paper discusses in various aspects the worldwiew and esthetical attitudes of the renowned artist, educator and theoretitian Josef Albers. It also discusases his color theory connections with the theoretical concepts of his teachers Kandinsky, Itten, Klee. In theories of these authors, the main goal focuses on the distictive and original interpretatation of the phenomenon of color. On the basis of comparative analysis principles, the author of the article displays that in Albers’ color study, the ideas of the Bauhaus colorists, which are rooted in the non-classical philosophies of art (Schopenhauer, Nietzsche, Baudelaire, Maeterlinck) and Eastern esthetic principles, became intertwined with the esthetic principles of American pragmatism. The axis of an artist’s creative project becomes the aspiration to “open your eyes” – to show and extract through the analysis of color the discrepancy between empirical facts and mental and esthetic perception mechanisms. This interpretation of the phenomenon of color which is still relevant nowdays had a profound impact on 20th century art education in Western Europe and the United States of America.