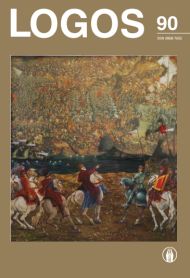 Summary/Abstract: This article reveals different aspects of the color theory of Wasilly Kandinsky, which was set out in his treatise Über das Geistige in der Kunst: Insbesondere in der Malerei published in 1911. This theory – an ode to spiritual and abstract art – was inspired by non-classical philosophy, W. Worringer and the aesthetic attitudes of Eastern art. It had a strong impact on the Bauhaus design school even before the author of this theory was invited to teach at the Bauhaus in year 1922. The oriental ideas of Kandinsky significantly differed from the ideas of the Bauhaus manifesto, published by Walter Gropius in 1919. His theory encompasses the theme of color along with many other topical issues of the art. One could view this theory as an ontology-based study of the color phenomenon. The problems of art in Kandinsky’s theory have been discussed beyond narrowly-understood aesthetic discourse, along with the philosophical questions of life, death, spirit and matter.