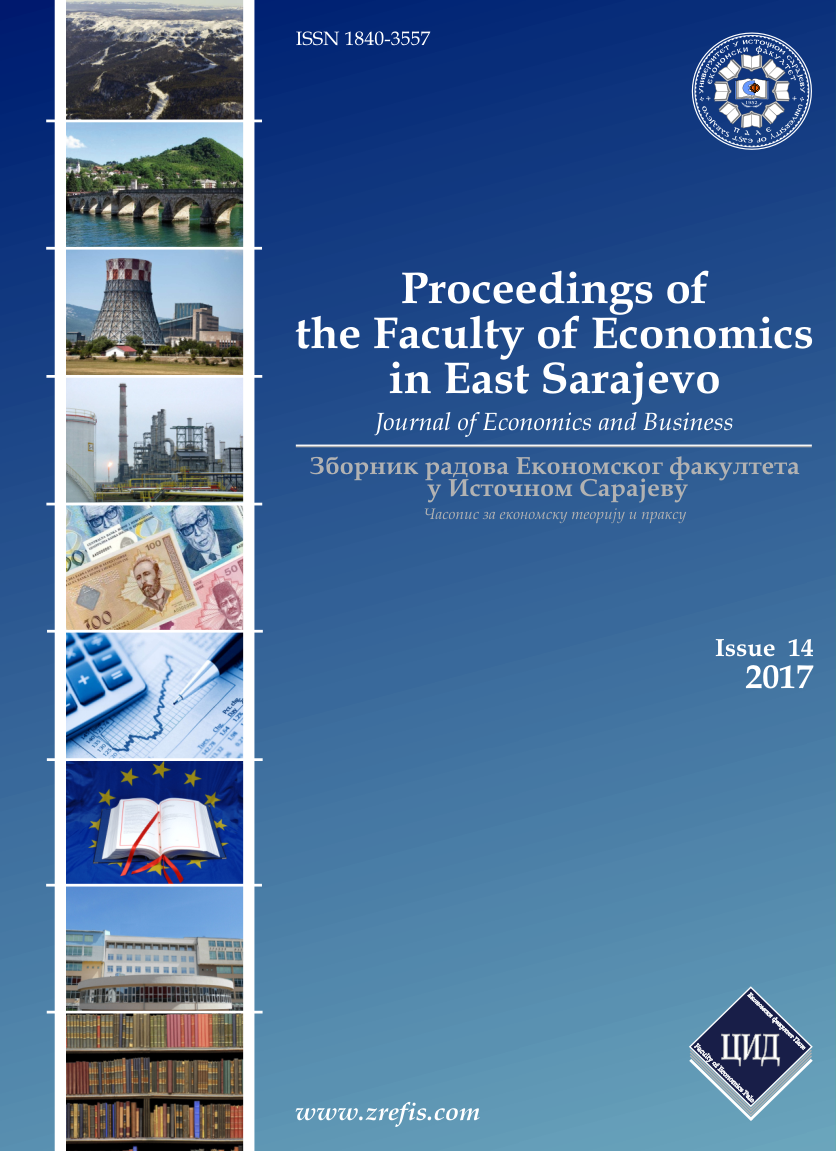 Summary/Abstract: The countries in the Balkan region report an increase in the number of tourist arrivals and spending but the question that remains is if their overall tourism industry is efficient. Using the methodology data envelopment analysis, this paper analyzes the efficiency of the tourism industry in the Balkans at the macro level. Eleven countries in the Balkan region were included in the research, namely Albania, Bosnia and Herzegovina, Bulgaria, Croatia, Greece, Macedonia, Montenegro, Romania, Serbia, Slovenia, and Turkey. The period of observation was six years (2010-2015). Two inputs and two outputs were selected. Visitor exports and domestic travel and tourism spending were inputs, while travel and tourism total contribution to GDP and employment were outputs. According to the obtained results, there was no country that was efficient in every year in every window, and it was found that the most efficient country in the whole observed period is Albania, while the least efficient country is Montenegro.