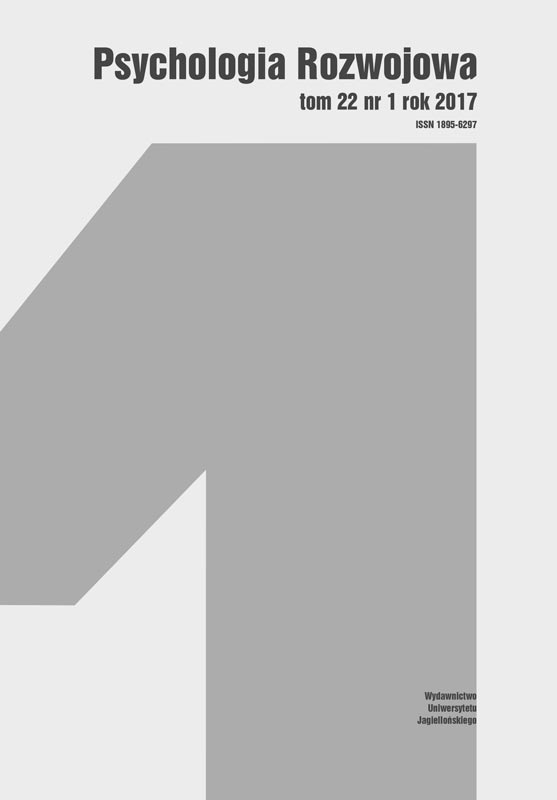 Summary/Abstract: The article focuses on the problem of loneliness among school children. In our approach this phenomenon is multi-faceted. The concept involves three aspects. The first one is the sense of loneliness as social non-acceptance, neglect and social exclusion. The second is emotional loneliness, which, in turn, means a negative assessment of oneself as a partner in relationships with people of special emotional significance. It is also associated with low mood and other not very intense negative emotions. Finally, the third one is existential loneliness, which involves a feeling of disorientation, uncertainty and helplessness in the face of a perceived chronically insufficient integration with the world. The tripartite concept of loneliness was tested during the construction of a Scale of Loneliness for school children (SBS-C) based on a previously developed Scale of Loneliness (SBS) for young people (Dołęga 2013b; students aged 12–19 years). The adaptation of SBS to children was carried out in several stages involving teachers and a group of approx. 120 students of elementary school. Factor analyzes essentially confirmed the correctness of the theoretical model of the three factors of loneliness in children aged 8–13 years. The psychometric properties of SBS-C were also confirmed. The coefficients of internal consistency proved to be satisfactory: Cronbach’s alpha = .92 for the whole scale (SBS-C_TOTAL) and from .84 to .87 for the three subscales: social (SBS_SP), emotional (SBS_SE) and existential loneliness (SBS_SEG). The article discusses some of the issues concerning the construct validity, the payload, and the diagnostic criterion. A further research direction is set out.