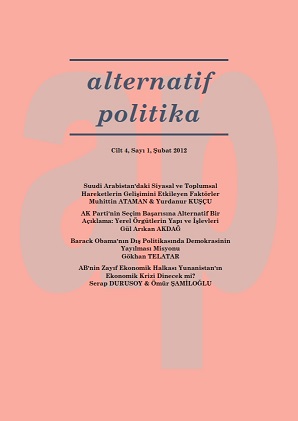 Summary/Abstract: Like many American politicians, Barack Obama gives importance to mission of democracy promotion which has deep roots in American national identity. Obama stressed many times that historical experiences show us that liberal democracy is the best government pattern which has been tried so far. Due to the fact that George W. Bush’s policies for democracy promotion got enormous reaction from domestic and international public opinion, Obama followed a different way to implement this mission. He has weakened the central place of democracy promotion in American foreign policy discourse, has not ambraced Bush administration’s assertive freedom agenda, favored exemplarism over vindicationism. All of these provoked arguments that Obama left the mission of democracy promotion and gave priority to security and stability. Moreover Obama’s policies toward democratic events in the world could not satisfy democracy advocates.