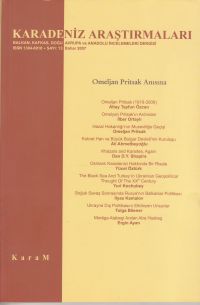 Summary/Abstract: Many authors who wrote on the subject of the minim Jews met by R. Petahiah there, identified them bluntly as Karaites, as they knew no Talmud, etc., while my own impression is that we encounter here a non-Karaite (and probably, non-Rabbanite) Jewish grouping, similar in its religious character to the early 19th century Mountaineer Jews, who by then had been uncertain about the status of the Talmud. Traditional Karaism cannot exist but in a Rabbanite environment and the differences between both trends in Judaism can be understood only in a context of juxtaposition, not in that of ignorance. There is no relationship between the Khazars and the Karaites of Eastern Europe and the Crimea that could have been substantiated by solid documentation of any son. The Khazar-Karaite speculation should be abandoned for ever and ever.