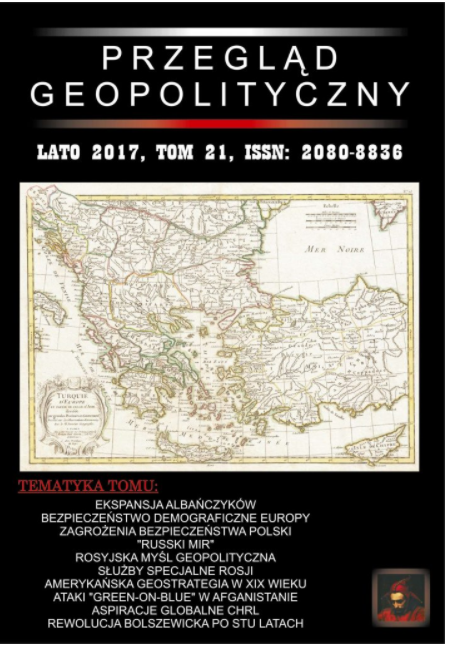 Summary/Abstract: Since the declaration of independence of Kosovo in 2008, the Albanians are the people controlling two states. The subject of the article is the circumstances of the existence of both Albanian states, their geopolitical significance, and possible further consequences of the political and military assistance that the West grants the Albanians. Albanian expansion in the western part of the Balkans is shown as an element of the geopolitical rivalry of the West with the East, and the pursuit of Western civilization to gain a foothold on the eastern side of the Adriatic. The authors suggest that none of the competitors will win. On the other hand, the rivalry will help to facilitate and speed up the expansion of Islam, which is the main religion for the Albanians. The context for the analyzes carried out is the extensive criticism of the foundations of Albanian national identity, namely Skanderbeg's history, the so called Illyrian hypothesis, and the role of the Catholic Church in the development of Albanian language and literature.