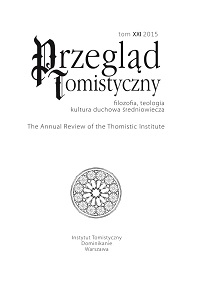 Summary/Abstract: The Italian Jewish philosopher Judah Romano, who flourished in the second quarter of the fourteenth century, was in his time among the most prolific translators of Latin scholastic texts into Hebrew. His mostly unedited writings include selections from the physical works of Albert the Great, which are of interest for the development of Hebrew scientifi c terminology as well as for the circulation of scholastic thought among Jewish audiences. The present article presents a critical edition of Judah’s translation of Albert’s short treatise "De forma resultante in speculo" (“On the image reproduced in the mirror”), which is conserved in three Hebrew manuscripts, respectively kept in Florence, Parma, and Oxford, under the title Ha-tsurah ha-neḥqeqet be-mar’ah. Th anks to Henryk Anzulewicz, who published in 1999 a critical edition and a thorough study of the Latin original, it is possible to detect the peculiar textual features of the Hebrew translation and to place the latter’s lost Latin model inside the complex transmission of De forma. From its peculiar angle, the Hebrew reception of "De forma" sheds light on the conditions and motivations of the wider circulation of Albertian science during the Late Middle Ages