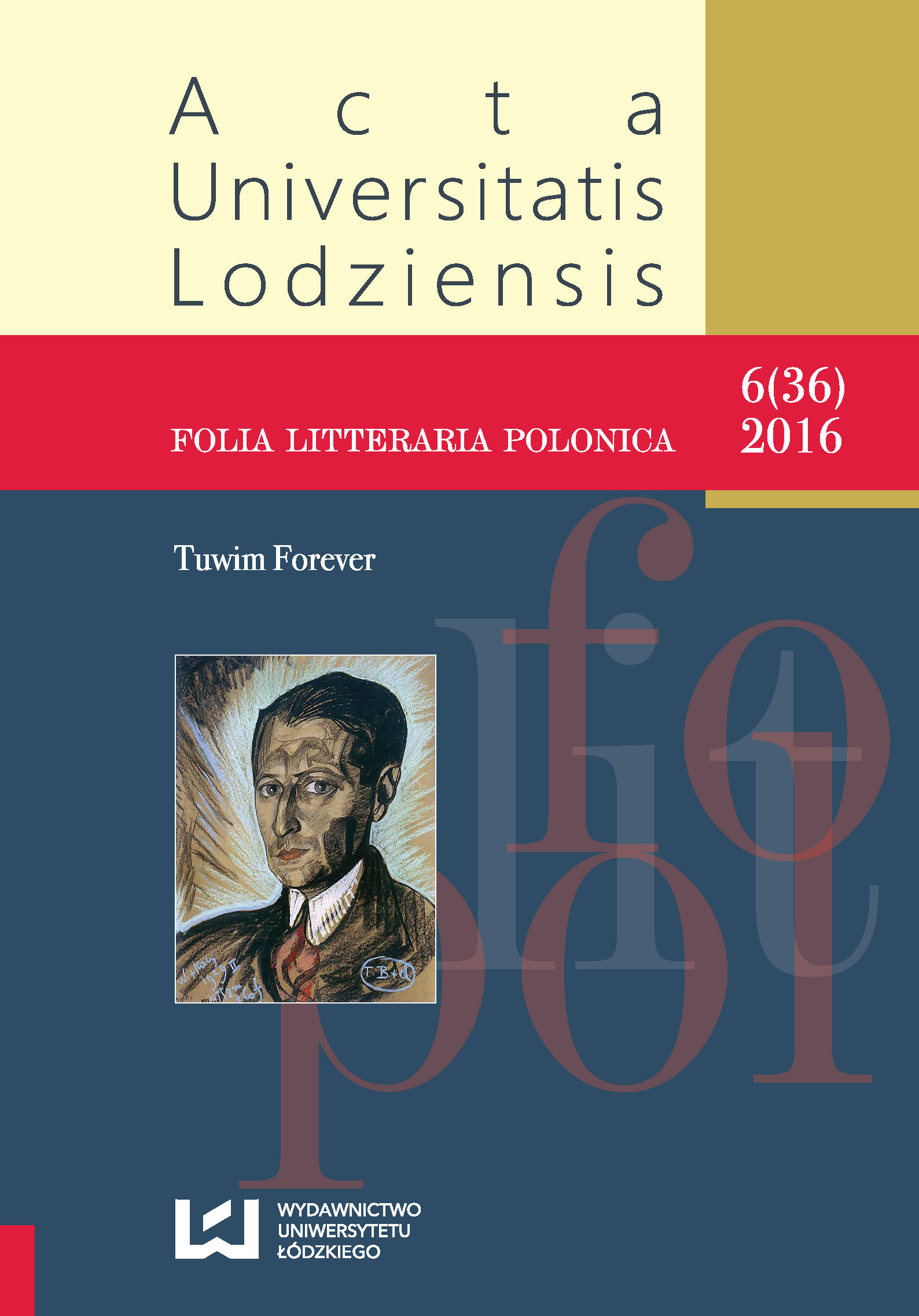 Summary/Abstract: General aim of the article is to show city in Julian Tuwim’s poetry oppositely to older perspectives. Mostly critics write about his poems that they contain images of urban life and reflections of sociocultural change. I invert this traditional order and try to prove that city is created and seen by new ways of thinking – that the city is modified (not poetics first). I use Michele Certeau’s ideas, because they are similar to Tuwim’s literary praxis. Certau writes about “walking in the city” creating by language (rhetorical devices named synecdoche and asyndeton). Moreover, Certeau describes three types of “spatial requirements”: creating own space, non-time instead of tradition and appearing of new subject (common and anonymous). Reading Tuwim with Certeau’s theses gives a new look into modern city and his literary representations.