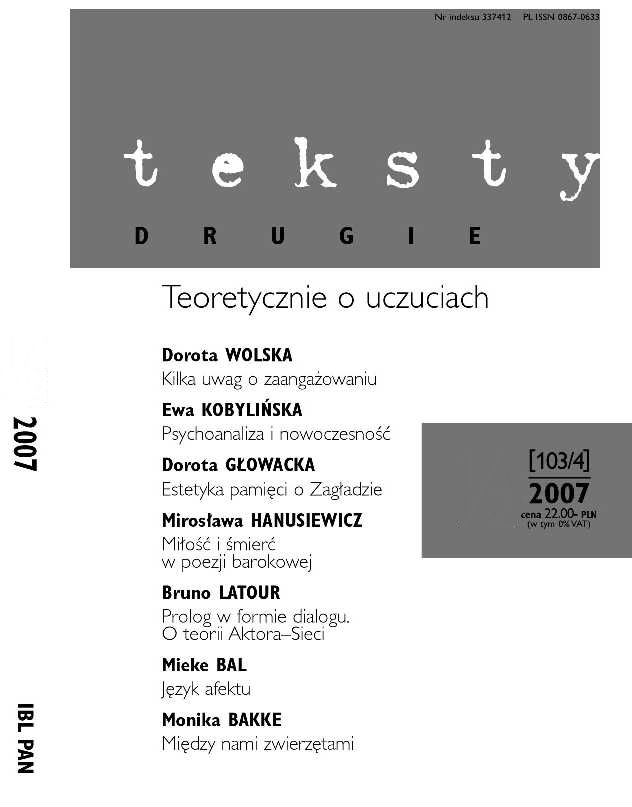 Summary/Abstract: Modern anthropology has shifted accents – from analysing primitive societies, it switched into the researcher’s own society, viewed from the standpoint of an external observer. Poetry makes use of this current of thoughts on ‘man creating culture’, and, when constructing its texts, it constantly makes itself subject to astonishment with the world (the latter not getting ‘disenchanted’ at all). Anthropology and literature almost in each case get closer to each other on the anthropologist’s initiative. On the other hand, the poetic quality of language, as well as the possibility to regain a subject by the poet, seemingly speaks in favour of anthropological analyses effected by literary scholars and being an imminent part of modern lyrics. Such analyses are supported by the imagination which cannot possibly be studied empirically (this making imagination different from a scientific view), whilst not losing a cognitive dimension.