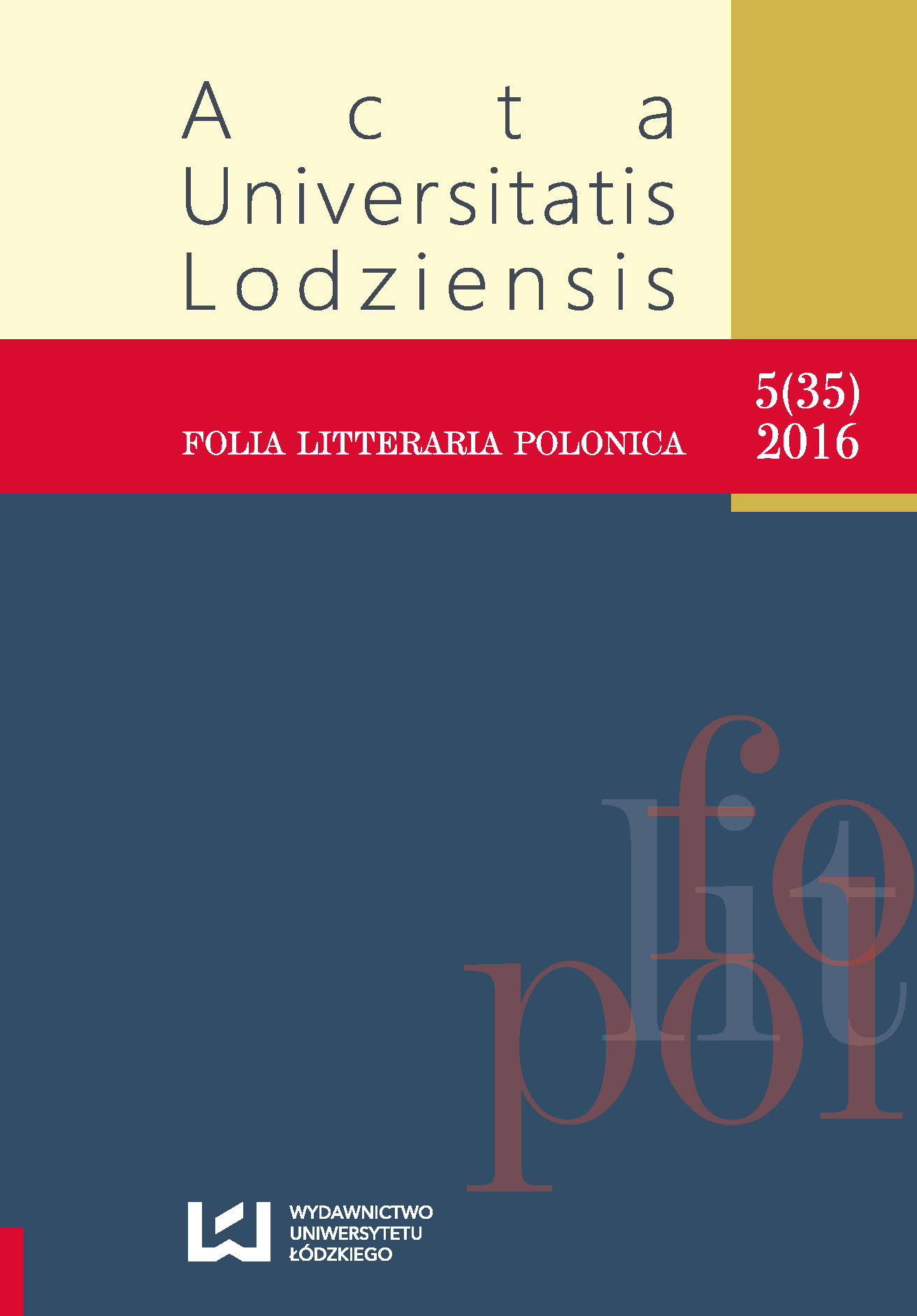 Summary/Abstract: The autobiographical documentary has a number of elements which resemble those of a reality show. Such documentaries can be considered to be young directors’ responses to this TV genre and its celebration of voyeurism. The purpose of this article is to outline the similarities and differences between these two genres. The article consists of four parts: the first discusses the essence of the autobiographical documentary, the second focuses on the reality show, the third analyses the movie Moje dwadzieścia okrążeń by Łukasz Konopa, and the fourth is a summary of the considerations made in the text.