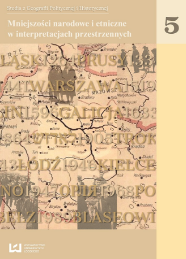 Summary/Abstract: The paper concerns the Special Commission, a paramilitary Jewish organisation formed after the pogrom in Kielce (July 5, 1946) in order to defend the Jewish population. It existed for less than one year, yet it had a significant impact on the stabilisation of the life of this community in post-war Poland. Its divisions were meant to be formed at Jewish Committees, though the process was not always consistent. Owing to that, it created its own administrative division, that differed slightly from the one drawn by the Jewish self-government in the Central Committee of Polish Jews (CKŻP). The paper presents the specificity of geographical coverage, where Special Commissions operated.