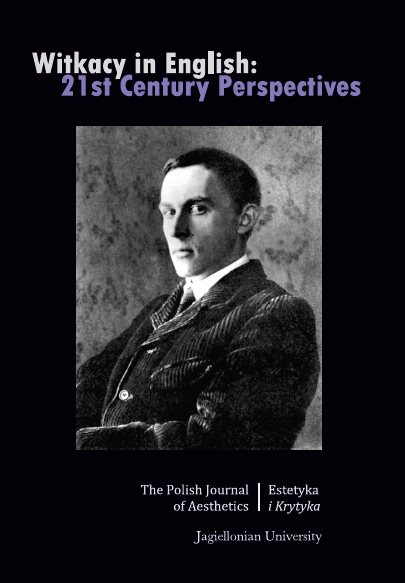 Summary/Abstract: Many researchers of Witkacy’s oeuvre alert us to the strong presence of ‘dandyism’ both in his literary work and in his biography. The classification of ‘dandyism’ is significant, however, for his entire work including his art. It should be recalled that ‘dandyism’ is not only seen as an exaggerated concern with appearance but also an attitude expressed in a certain individuality of style, eccentricity, nonchalance and skepticism. This paper analyzes the self-discrediting strategy in Witkacy’s work, first described by Grzegorz Grochowski. It draws attention to the way in which Witkacy assumes various roles that usually have controversial cultural connotations. These include feminine self-stylization, the role of megalomaniac, snob, or amateur. The intention of the contribution is to explore the ways in which this self-discrediting strategy has been articulated in self-portraits.