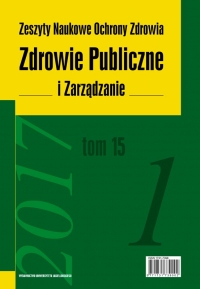 Summary/Abstract: In Germany responsibilities for health promotion and prevention lies with a multitude of different actors and institutions. The institutional arrangement of health promotion is shaped by the German federal structure of the state on the one hand and by a health care system that is characterized by divided responsibilities between governmental organisations, self-administered bodies and non-governmental organisations on the other hand. Although federal-level programs are successfully implemented in the country, the attempt of the Federal government to consolidate and clarify responsibilities in the public health area meets resistance. The Preventive Health Care Act from 2015 is an attempt to strengthen health promotion, its effective impact will be for the future to show. Health promotion activities are initiated and provided by a variety of institutions: governmental, self-administered and voluntary (NGOs) often based on networks form. They cover activities on federal, Länder and local level. The Federal Ministry of Health and federal health agencies (specially BZgA) play an important role in this field. They created a number of health promotion regulation and activities initiatives which added to disease and addiction prevention. In health promotion for older people (HP4OP) programs, there is also a number of regionally and locally oriented initiatives. In this paper, we outline main features of the HP4OP activities in Germany with regard to institutions and financing mechanism. In addition, we describe health-targeting programmes/projects indicated as good practices:(a) established and developed in Germany and (b) provided by the European Commission with significant participation of German institutions. The multitude and variety of HP4OP programs differentiate positively German health system from other health systems in ageing countries.