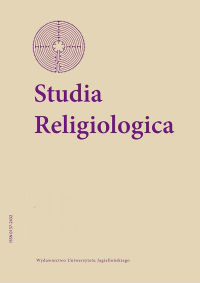 Summary/Abstract: The article reconstructs the views of Pawel Hulka-Laskowski, a prewar evangelical specialist in religious studies. In his opinion, the legally privileged position of the Roman Catholic Church in the Second Polish Republic resulted in the discrimination of religious minorities. In his works Hulka fought against the stereotype of the Polish Catholic, emphasising the contribution of evangelicals to Polish culture. He saw the full bloom of Poland in the 16th century as being strongly connected to the development of reformation in the country, as Evangelicalism is a religion stimulating cultural progress. Therefore, if certain Protestant ideals were applied in contemporary Polish Catholicism, it, together with the Polish culture, could be raised to a higher level.