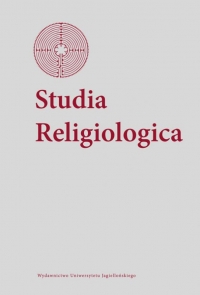 Summary/Abstract: The notion of spirituality in the Evangelical Reformed Churches is seldom used because it is associated with the teaching and religious observances of the Roman Catholic Church. Instead, the word “piety” tends to be used. With reference to the Reformers’ spirituality, such terms as Calvinistic spirituality should not be used, owing to the fact that many theologians besides John Calvin had an influence on its formation. The most important features of the Reformers’ spirituality are: 1) underlining the qualitative difference between God and God’s creatures; 2) the teaching that God may only be recognised by His Word included in the Bible, not in natural or mystical ways; 3) the conviction that humans are not able to establish any doctrine unerringly; 4) an aspiration for the utmost simplicity of the Liturgy; 5) the thesis that a tangible proof of the Christian faith authenticity is work, performed in a solid way and service, rendered for the sake of the political and economic propitiousness of the society.