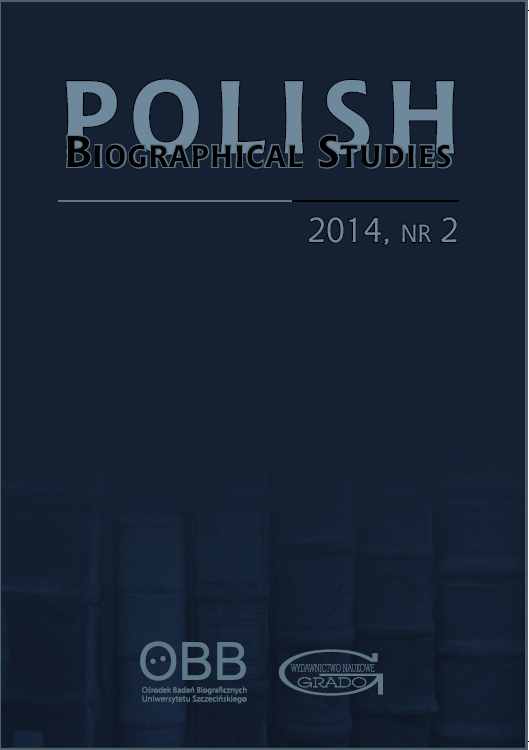 Summary/Abstract: The paper describes three Zionists who organized illegal emigration of Jewish population from Poland between 1944−1947. Two of them − Icchak Cukierman and Aba Kowner are well known as Ghetto Fighters from Warsaw and Vilna. Eliezer Lidowski was a Jewish partisan from Baranowicze. In 1944 they’ve started organizing illegal emigration to Palestine (the so-called Bricha). Kowner and Lidowski left Poland and formed special unit named “Nakam” − Revenge. “Nakam” was a group of assassins that targeted Nazi war criminals with the aim of avenging the Holocaust. On April 14 1946, “Nakam” painted with diluted arsenic some loaves of bread for the 12 000 German POWs from the Langwasser internment camp near Nuremberg (Stalag XIII). Before that, Kowner had been arrested by British Militia and spent some time in prisons in Cairo and Jerusalem. Till 1947 Lidowski has worked as Bricha member in Italy. After The Kielce’ Pogrom (4 of July 1946) Icchak Cukierman done an unofficial deal with communist authorities in Poland under which border crossings were opened secretly. With the silent consent of the authorities, the Bricha movement in Poland spread to a massive scale. By 1947, about 140 000 Jews left Poland illegally. In 1947 the borders were closed as the authorities feared the reaction of the British diplomacy. Cukierman, Lidowski and Kowner finally settled in Israel and lived in kibbutzim till their death.