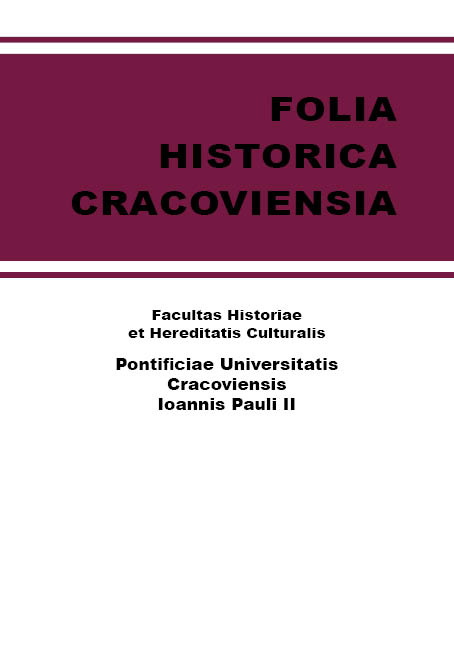 Summary/Abstract: The habit of the Carmelite Nuns of the Ancient Observance, formed on the basis of their constitutions of 1482, combined forms borrowed from the habit of the Carmelite Monks (tunics) with the models that came from Polish women’s fashion (headwear used by married women and widows – mob cap, wimple). The analysis of the habit of the Discalced Carmelite Nuns is based on extensive written sources as well as iconography. Their habit demonstrated the reception of forms of women’s clothing of Spanish provenance (a dress called saya and toca – a headdress), modified in accordance with the spirit of poverty and austerity. In the dress of candidates and in the symbols introduced to the vestition ceremony, native elements are visible. The symbolism of the habit is connected with Carmelite spirituality, whose main features are the cult of the Virgin Mary, that of the Passion, and the spirit of expiation. It also contains some meanings that come from the monastic tradition: the nuptial and baptismal significance being the symbol of new life. The habit is also the tunica sacra and the armour of the Miles Christianus.