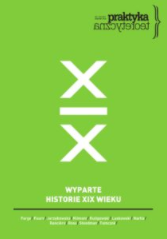 Summary/Abstract: This paper presents three autobiographical accounts by Etla (Edwarda) Bomsztyk (1899–1973), a Jewish house maid. Two of these unique testimonies (one published in Yiddish in 1959, the other recorded in Polish in 1966) focus on Bomsztyk’s political activity. This activity encompasses organizing domestic servants into unions in Warsaw in the 1920s, membership in the Bund and the Communist Party of Poland, and political imprisonment. The third account, written in Polish in 1953 and never before published, sits outside any institutional context. This consists in a personal narration on childhood in a small-town Jewish family, migration to Warsaw, poverty and suffering, first readings, loneliness and revolt. The aim of this paper is to reveal the tension that exists between these three texts. That is, between two accounts of political militancy on the one hand, and with early experiences that, though a prerequisite for Bomsztyk’s later political engagement, nevertheless could not be fully articulated within communist party discourse.