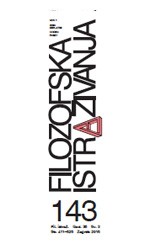 Summary/Abstract: This paper investigates the relationship between health and early Chinese culture, and especially considers the concept of health as value and right in the early Chinese cultural context. In the 4th century B. C. E. in China medical manuscripts began to appear, dealing with the questions of health maintenance and the achievement of longevity. They argue that health is not sinply given, but is an achievement which requires permanent investment. In these texts, health is understood as a condition that is greater than the mere absence of illness. It is considered as the state of being in harmony, a reflection and a result of the appropriate governing of life’s breath (qi). Following this argument, medical texts develop methods for controlling the qi, such as an appropriate diet, breathing exercises, physical activity etc. They are used to “cultivate life” (yang sheng), that is, to achieve the preservation of health. However, the tradition of “cultivating life” was also criticized in texts coming from different backgrounds, especially in the text of Master Zhuang and Confucian texts. This paper analyses their fundamental arguments. It specially focuses on the Confucian reaction because Confucianism became a leading ideology since Han dynasty (200. B. C. E. – 220 C. E.), and thus a dominant form of thinking which marked the traditional Chinese culture. The paper sets out the concept of health as value and right in relation to the Confucian ethical principles, as well as Confucian understanding of the individual and its relation to the society.