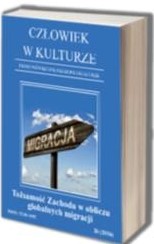 Summary/Abstract: In his article the Author comes forward with the thesis that the non-accidental cause-effect succession nowadays is first invoking in many Arabic countries “revolutions” “from the outside” of those nations in order to later inspire many of them to pave the way to the ideologically controlled emigration from their own homeland, mostly to Europe or North America. The Author thinks that there is no doubt that some of them were forced to exist in political systems that were literally dictatorships or quasi dictatorships, however, all of them enjoyed the priceless value which for every human being in the nature’s order was his/her own homeland and nation. The author searches for an answer to the question is in the legal and natural sense the very fact of abandoning your own country and conscious and free choice of the new homeland a human right - even for people from Arabic countries? With that aim he analyses establishment of a new leftwing party and juxtaposes it with the rules of interpersonal relations - in the national, state, and international dimension - that have been created by the Catholic Christianity for ages.