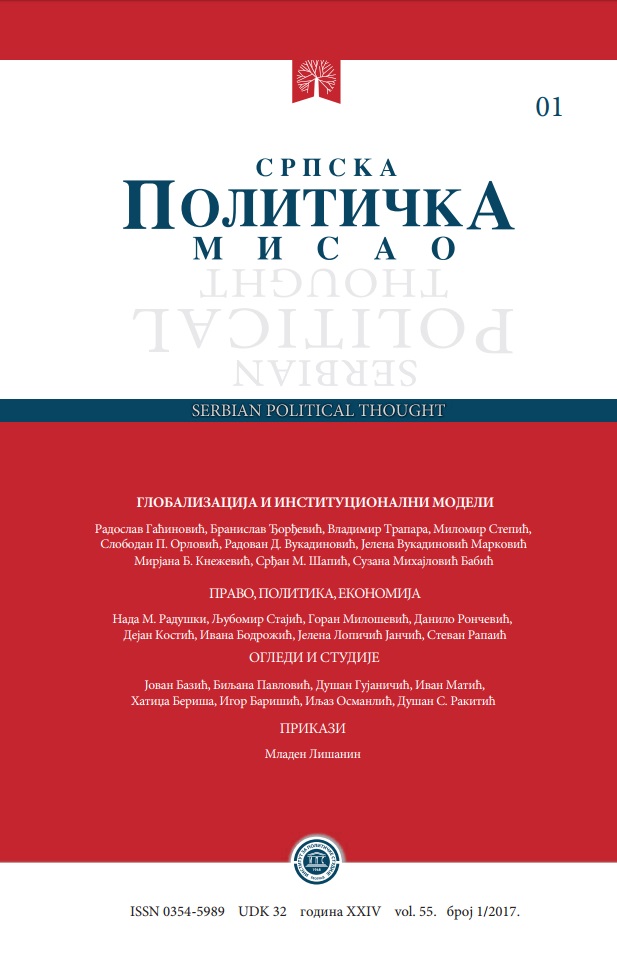 Summary/Abstract: Despite theoretical differences between both notion and content of globalization, as well as its impact to New World Order, the analyze has shown that current globalization of law is characterized by the following. Firstly, no matter if it is understood either in a broad or narrow sense, the process of globalization is being developed for the last several decades, and especially after the Fall of the Berlin Wall, in almost every country. Secondly, globalization of law is not a value and politically neutral process, but a tool for the implementation of the neo-liberal concept of production and means for establishing the New World Order and new world law. Thirdly, globalization of law is conducted by the process of enacting, interpretation and application of global norms created that way. In both processes the impact of the state is more questioned every day, which leads to sovereignty decline and deligitimization of enacted law. Fourthly, solutions imposed as global, originate from one centre, either directly from the USA or from international organizations and institutions, in which the USA have the leading role. Fifthly, the final aim of the globalization is the establishment of a global non-national society governed by the “World government”. For these reasons, it seems justifiable and in due course to set a question what will happen with the traditional sovereign state and its paternalistic role and duty towards its citizens, as one political and economic substratum. “What comes after the sovereign national state?And what can the legal history say about it?” “Was kommt nach dem souveränen Nationalstaat? Und was kann die Rechtsgeschichte dazu sagen?”