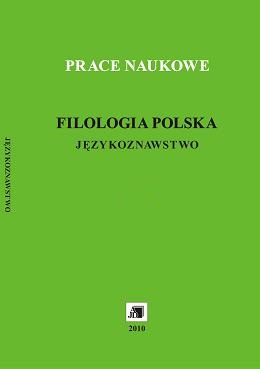 Summary/Abstract: All the substances with which man is encountered, saw through the prism of their physical, human beings, therefore mushroom shape resembles a human figure. Fungi, specifically their fruiting bodies sees as a people, and therefore their classification uses similar criteria as to the classification of people. The basic criterion for the classification of people is their gender. According to this criterion man “pigeonhole” the mushrooms and their names. The oldest pre-Slavic names of mushrooms are female (hliva, bedľa, holubinka, čírovka), most of them concerns slim species with lamella. Word hríb gradually became established as the name of the large mushrooms with tubular hymenofor. Under this cognitive scheme people in our region named by other species of fungi. So mushrooms, that evoke feminine qualities and attribute, are receiving feminine names. Massive mushrooms, or mushrooms having a variety of unpleasant physical and olfactory qualities can be classified as masculine. We know very ancient names of fungi belonging to one species today, for example: rýdzik (Lactarius deliciosus and related species), surovička (Lactarius volemus), biel (Lactarius piperatus and related species). While exploring the Slavic and old Slovak names of mushrooms are very helpful Hungarian words coming from the ancient Slavic.