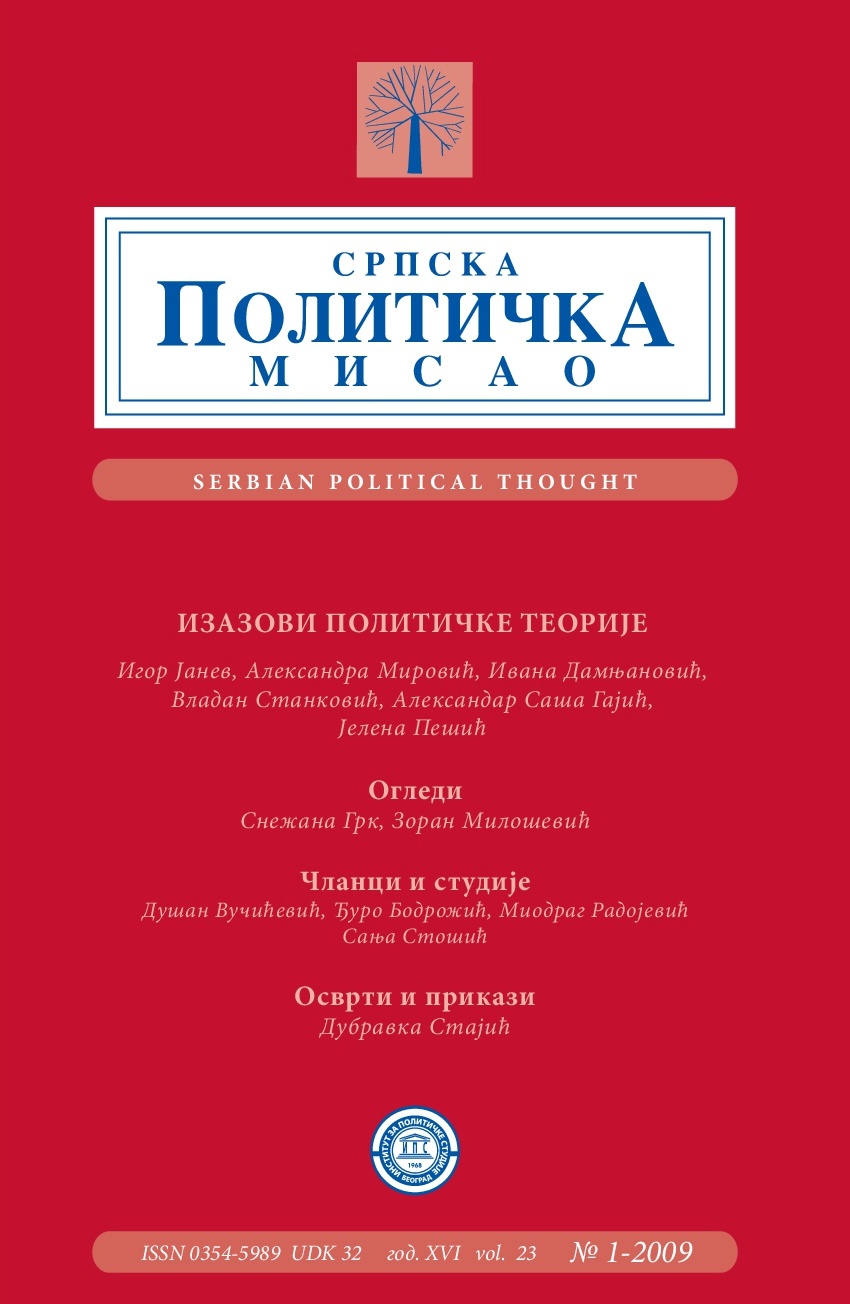 Summary/Abstract: The most serious problems Serbia is facing are the inefficient state bureaucracy, political culture of the elites and the high level of corruption. Overall economic situation in Serbia is difficult due to fragile macroeconomic and economic perspectives. Of particular concern are the exceptionally low level of investments, increasing foreign trade deficit, increasing budget deficit, impossibility of export growth and debt servicing. If there will be no satisfactory inflow of accumulation from abroad, a crisis in debt servicing will occur which will reflect on economic crisis. Bringing the country to the verge of economic collapse – because of the macroeconomic instability that would reflect on an economic crisis with recession and which would also rapidly expand onto financial instability – does not leave enough maneuvering space to the Serbian government in which it could act. The future of this country is uncertain once it will have nothing to sell. The only way out is new credit arrangements with international financial institutions in general, and with the International Monetary Fund (IMF), in particular.