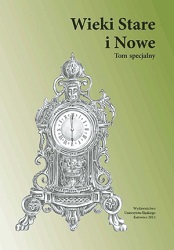 Summary/Abstract: The author describes Henryk Sławik, a political and social activist, known today for above all the initiatives taken during the World War II in favour of the refuges of a Jewish origin, living in the territory of Hungary. The text pays attention to his earlier life connected with Upper Silesia. Despite lacking a formal education as early as in the interwar period, Sławik was a famous politician, a PPS activist and councilor of Katowice. The author presents his journalist achievements and engagement in a cultural-educational activity, especially directed at young people. He shows that his war actions should be partially treated as a continuation of the actions taken much earlier.