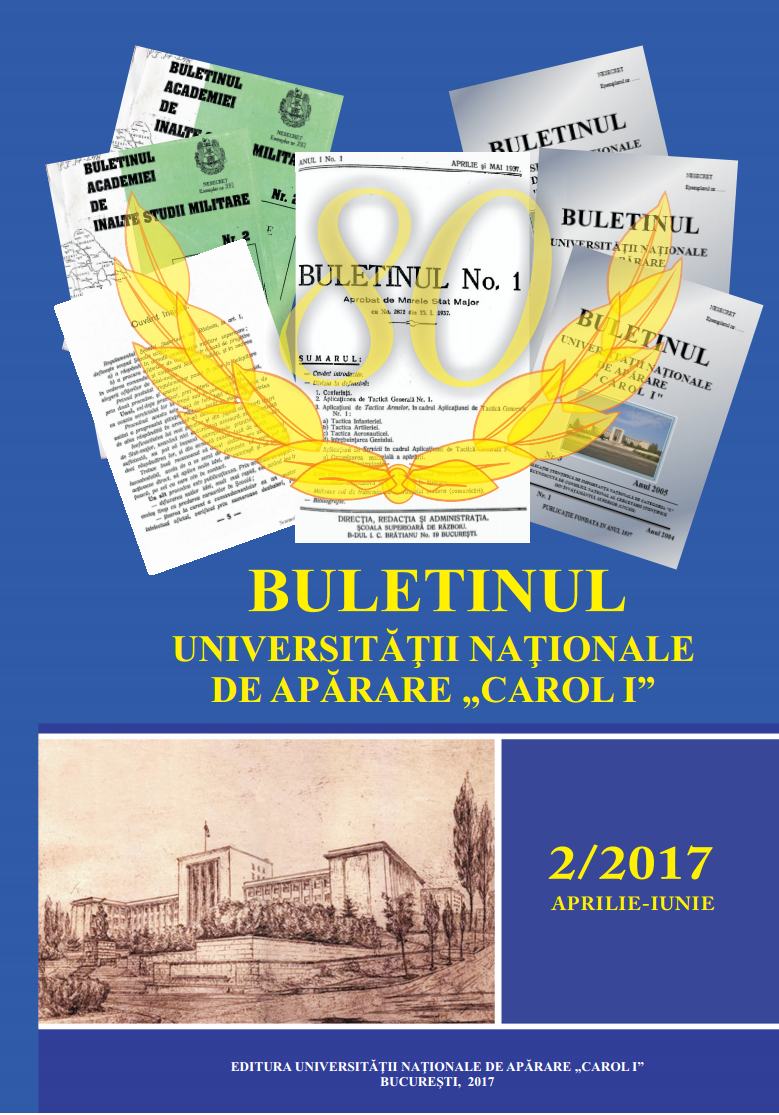 Summary/Abstract: The current regional and global security state is characterized by a strong degree of instability. Whatever the nature and type of a disturbing factor for the balance in which a system should be at one specific moment in time, be it political, economic, cultural or social system, a contrary reaction, generally characterized by a force and intensity rarely equivalent, will be generated. A reaction to the action of such an interfering factor may be oriented to restore the balance, or will be disproportionate, having as intention the removal of the generating force support. In this situation not to certify the potential occurrence of responsiveness is difficult, the difficulty consists in having the capacity to assure the capability of early warning of nature and time the disturbing factor will make its presence felt, about its strength and intensity, and also about its period of expression and potential side effects, which should be generated by it. For that reason it is necessary to identify the role of C4ISR, ISTAR, ISR in support of the production and dissemination of COP (Common Operational Picture), as an essential element in providing early warning, during development of the decision making process, and especially for identifying and implementing the appropriate response measures.