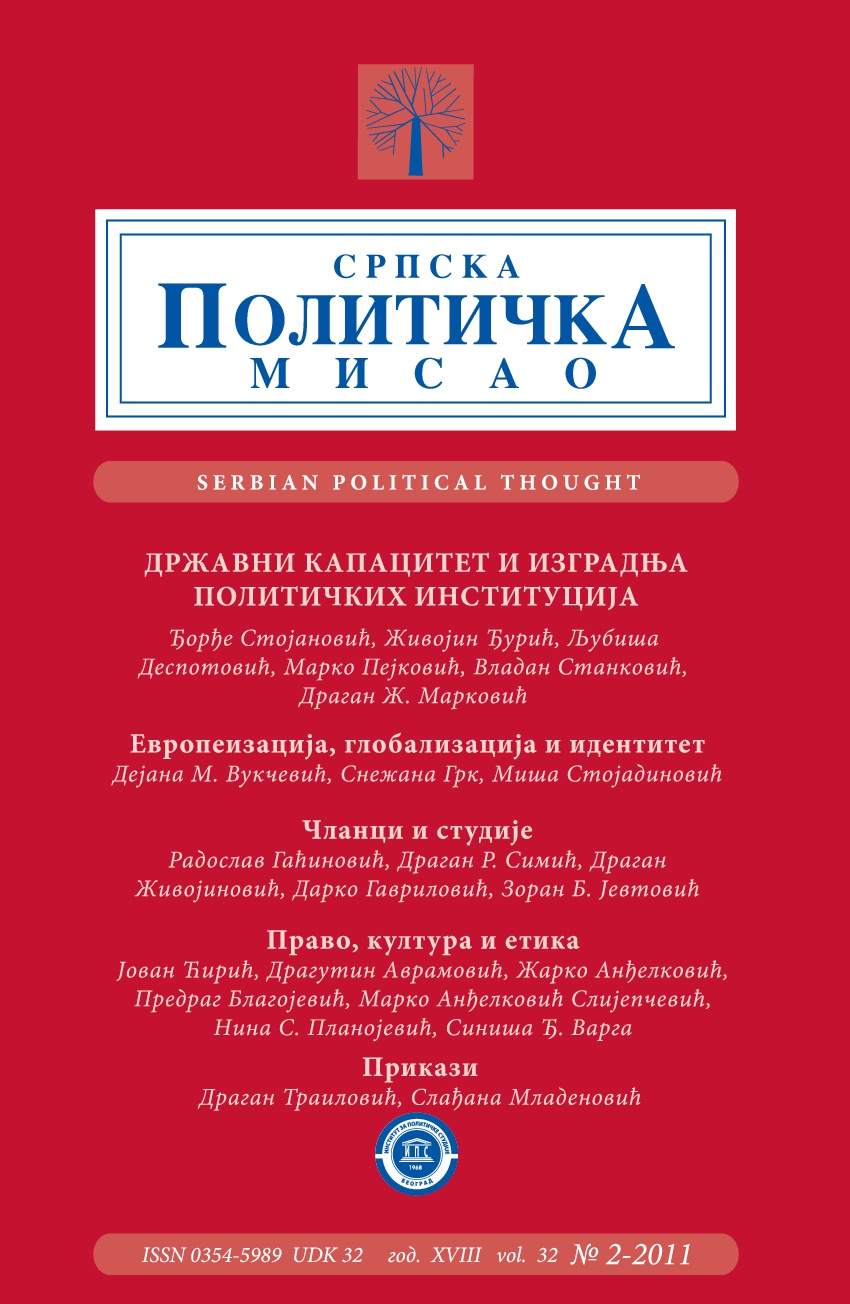 Summary/Abstract: The main question that was made in this article is what is the general position of the legal science, jurisprudence in Serbian society today? Do decision makers (politicians) respect science, especially legal science (jurisprudence) in Serbia today? For example, some social, legal problem appears in Serbia. The question is do decision makers respect results of the scientific researches, do they respect and accept what lawyers, scientists say, or they respect only particular interests? The author of this article considers that the impact of lawyers, legal re- searches, scientists in Serbia is small. Politicians, decision makers in Serbia are not ready to listen scientists, experts, especially when the word is about the law. When one law is adopting in the Serbian Parliament, it is not important public discussion, what says the science, what are the arguments of those who know, but how many votes in the Parliament got the law. So, arguments of science are not important, the only important thing is what was the result of voting and in that situation populism, demagoguery and manipulations are more important then anything else. On the other side, the system of so- called project- financing stimulates scientists to publish more and more and because of that, there is a real hyper- production of articles and books in social science, so, someone could say that in Serbia people much more write then read. It is an absurd, but the main result of everything is the reducing of the quality, of what was written. Another question also could be made, when the word is about so- called project financing and that is who is going to make the right decision what project would win and by which criteria. One reviewer has to make the decision which proposal - project should be financed, but the problem is could he/she make the right decision, could he/ she forces the results of the project. Every scientific research usually brings something new, but the problem is how it is possible that someone (reviewer) who operates with the old knowledge could understand new ideas. You have to give the freedom to the scientists if you want to get good investigations, and the system of project financing is reducing that freedom. Because of that the author of this article, thinks that it is better to make some kind of mixture between institutional and project financing.