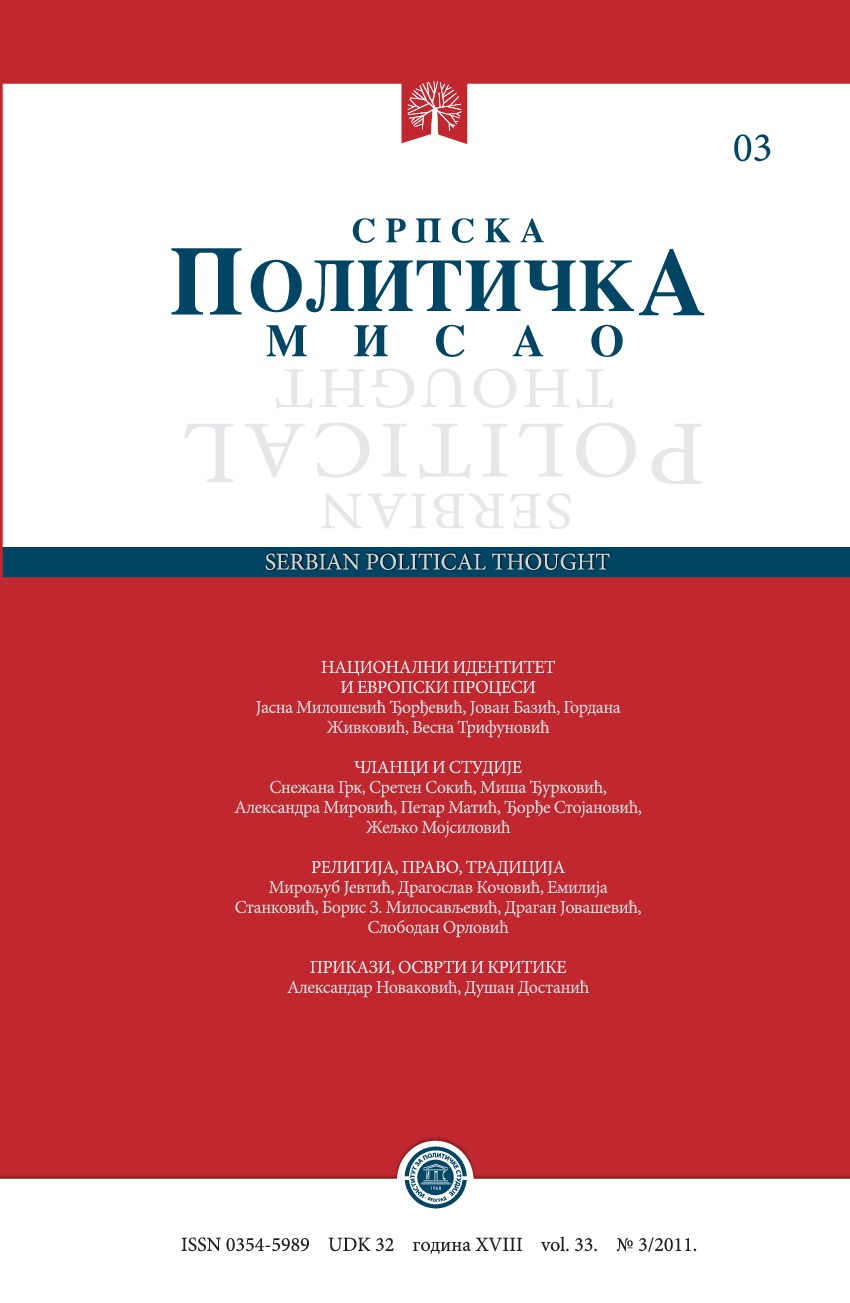 Summary/Abstract: The subject of this work is the consideration of the national and European identity as the form of the collective self- consciousness, and an important factor of the general and humanistic upbringing and education, in the reform of the high education according to the standards of the Bologna process. The initial step was the Bologna declaration, in which it was stated that the reform of the education will respect different cultures, languages and national educational systems. The national identity in the Bologna process is contained twofold. First, as downgraded exclusively on its ethnic characteristics, and then as an endeavor to build a European identity, which is in the function of the globalization processes and Euro integrations. In that context, and as a confirmation of this presumption, the representation of the relevant content about national identity in the reformed study programmes of the faculties of teacher education in Belgrade and Zagreb is being illustrated.