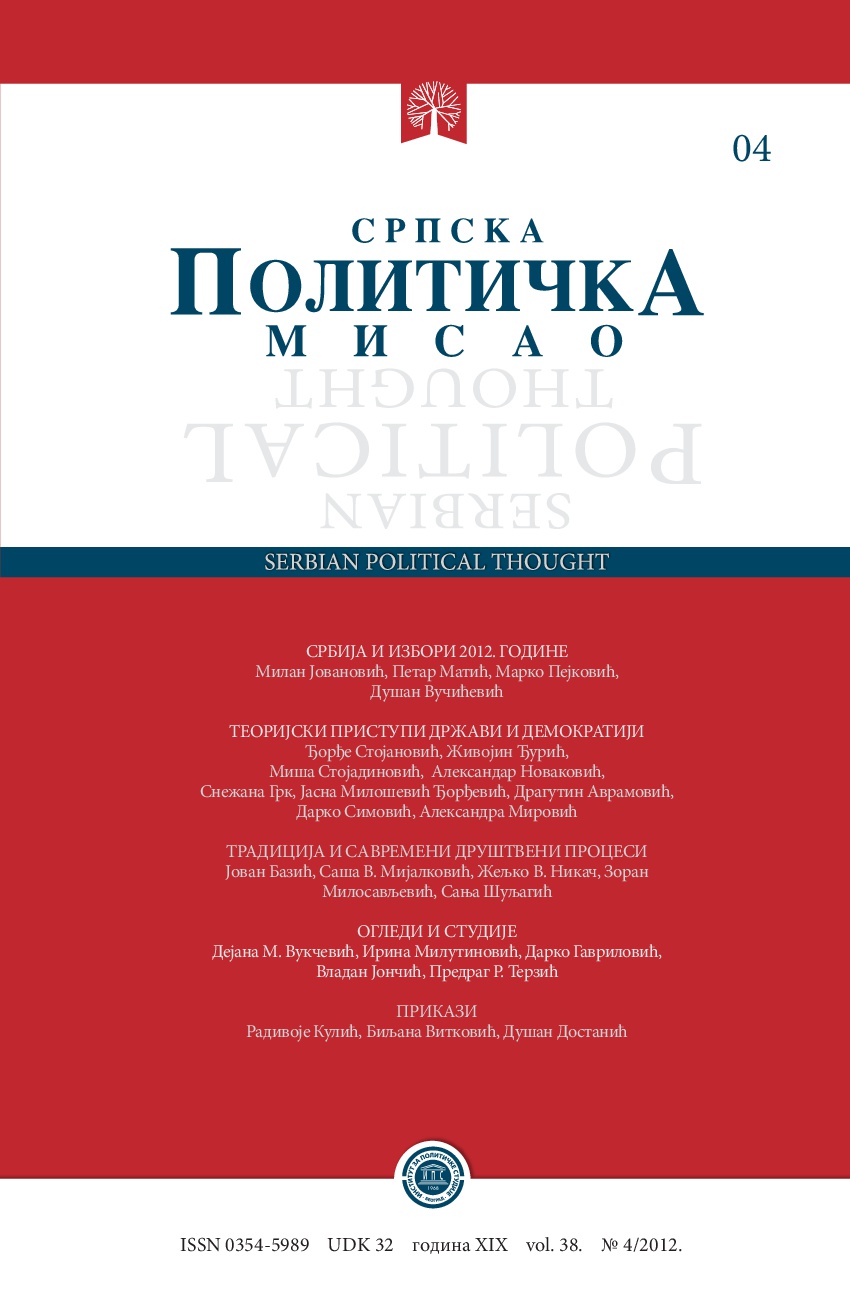 Summary/Abstract: This paper examines the role of Kosovo myth in shaping Serbian national identity through a very complex socio-historical processes, as well as his reflections on modern Serbian politics. The emergence of the Kosovo myth is related to the narratives of the battle of Kosovo in the 1389th founded in the church literature and the Serbian poems of Kosovo epic cycle, and then in continuing storytelling about this event which belong to different discourses. The Kosovo myth is the most important Serbian myth that forms the basis of Serbian national identity. It was an important element of national feelings and had a very important role in the cultural and political homogenization of Serbs, especially during the wars of liberation from the Ottoman Empire. Its peak, the Kosovo myth reached during the Balkan Wars (1912-1913), when the liberation of Kosovo and other Serbian regions, was interpreted as the fulfillment of the covenant of ancestors and revenge to Turks for the defeat from the 1389th year. The myth was later not so emphasised except it two more powerful waves. First, during the First World War when it was instrumentalized in the function of unification of Serbs, Croats and Slovenes and was treated as a common cultural heritage that unites these nations; and then, at the end of the twentieth century, during the escalation of the crisis in Kosovo and Metohija and the celebration of the 600-year Battle of Kosovo (1989).