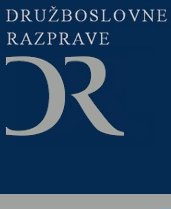 Summary/Abstract: Drawing on data from the empirical research project Media consumption, social class and cultural stratification carried out with the help of a questionnaire administered to 820 residents of Ljubljana and Maribor, the paper examines the relationship between social class, education and television tastes. Contrary to some of the recent literature which emphasises a weak or non-existent connection between class positions and patterns of television consumption, the author uses the Slovenian sample to show that class and education differentiate television preferences significantly although only in some segments of the television repertoire. In the conclusion of the paper, the importance of studying television preferences in connection with other fields of cultural consumption is stressed.